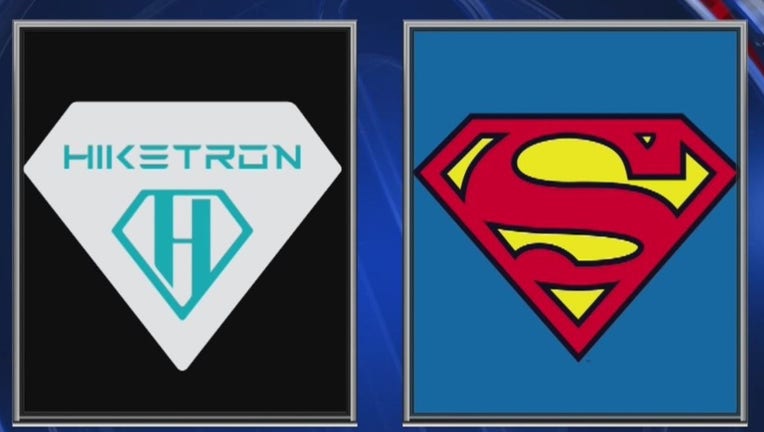 Brookshire - A small Brookshire company, that found itself going head-to-head with a Hollywood movie studio, has finally settled a dispute over a comparison with one of the studio's premier characters.

Hiketron opened for business a year ago, selling mail-order laundry detergent and personal care products. But, the company logo quickly caught the attention of the Warner Brothers studio. Lawyers complained Hiketron's name and block-H within a diamond shape bore too much of a resemblance to the Superman logo, and ordered the company to stop selling its products.

"There's no negotiation; There's no money involved; They're not going to pay anything," says Hiketron founder Aziz Hikem, "For us, we just decided to move forward, quickly, to comply with whatever they asked us to do."

Hikem and his wife, Tara, say they spent nearly $40,000 for legal fees and redesigning their logo so there'd be no confusion with Superman. The new shape, approved by Warner Brothers lawyers, changes the 'diamond' to a 'triangle'. The agreement also allows Hiketron to use its remaining stock of labels, figuring the 'Superman' brand can handle the exposure.

In the end, it was a learning experience that allows the Hikem's to move forward with their plans to grow their business while remembering a frustrating lesson in survival.

"We never thought something like this would happen, because we are so small," says Hikem, "We didn't think we would be a threat to anybody."

Warner Brothers never responded to a request for answers about their complaints with Hiketron. However, similar cases have shown that large companies can be aggressive in protecting intellectual property, with the idea that they cannot afford to give-in, even a little.