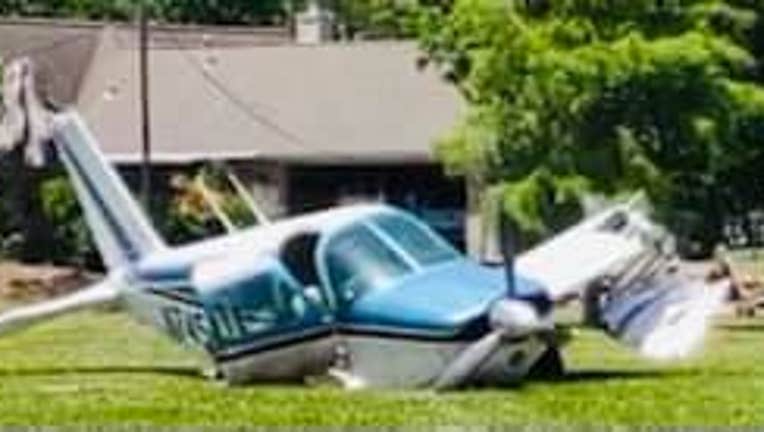 BAYTOWN, Texas - The NTSB is investigating after a plane veered off a runway and crashed into a tree line, according to officials.

According to the FAA, a single-engine Piper Cherokee Arrow veered off the runway at RWJ Airpark in Baytown just after 11:15 a.m. Thursday morning.

Officials said two people were on board at the time.

The Chambers County Sheriff's Office said no injuries were reported.