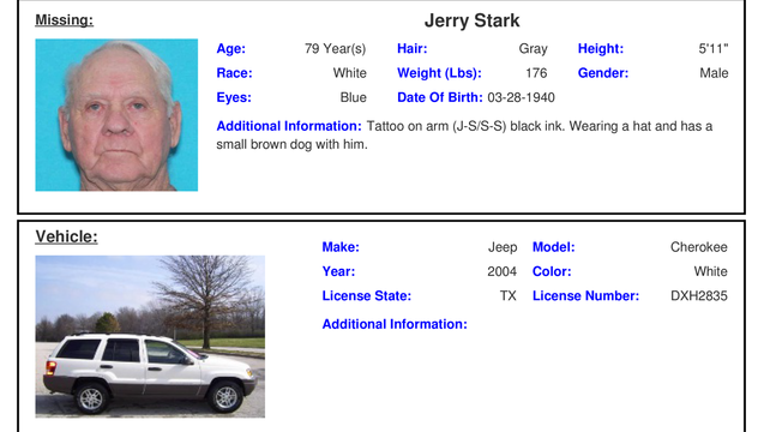 LA GRANGE, Texas (FOX 26) - A Silver Alert has been canceled for a 79-year-old man who was missing from La Grange.

According to the updated alert, Jerry Stark has been found, but it did not give details of where he was found or his condition.

The alert was issued for Stark late Thursday night and was canceled Friday morning. Officials said Stark was driving a white Jeep Cherokee and had a small brown dog with him.