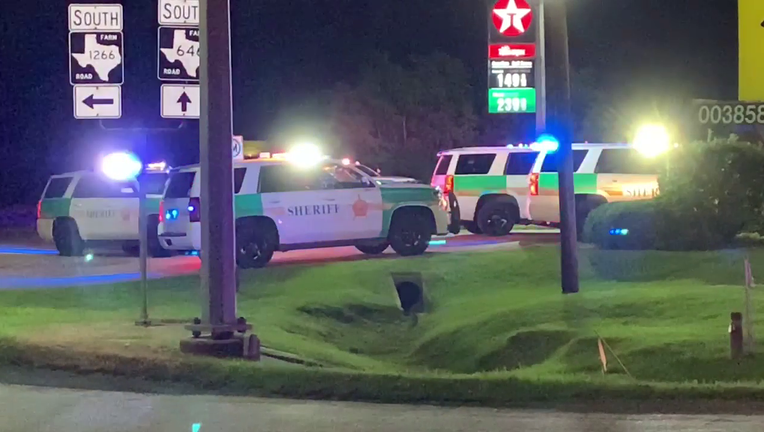 LEAGUE CITY, Texas - The Galveston County Sheriff’s Office says a deputy fatally shot an armed individual who charged at him while investigating a call about a suspicious person.

The shooting occurred before 9:30 p.m. Thursday in the parking lot of a convenience store near the 3100 block of Tuscan Lakes Blvd.

According to the sheriff’s office, a call went out about a suspicious person possibly robbing a corner store, and a deputy who was less than 100 yards away responded to the call.

When the deputy pulled into the parking lot, the sheriff's office says an individual exited the store brandishing a handgun and charged the deputy.

The deputy exchanged gunfire, the sheriff’s office says. The subject died at the scene.

The deputy was not injured.

The Galveston County District Attorney’s Office and the Texas Rangers were called to assist with the investigation.