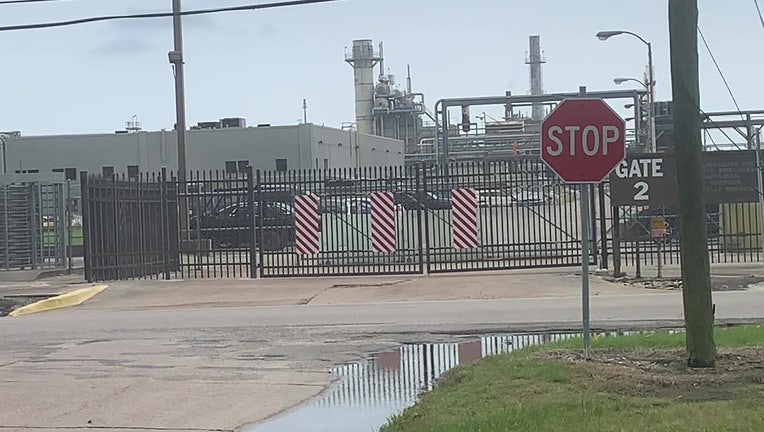 TEXAS CITY, Texas - UPDATE: An all-clear order has been given following a shelter-in-place order that was issued on Tuesday afternoon for a portion of Texas City.

Kheiry added the release has been stopped and air monitoring data indicate no off-site impact.

Two employees, who were in the vicinity, have been taken to a local medical facility as a precaution, Kheiry said.

Marathon officials said a full investigation will be conducted to determine the cause.

Emergency Management officials have issued a shelter-in-place for a portion of Texas City.

According to authorities, they are experiencing an industrial alarm from the industrial sector.

Texas City Homeland Security Director Tom Munoz is working to confirm what had leaked as initial reports were that some form of acid had leaked.

As a result, officials are calling for a shelter-in-place, specifically for 5th Avenue South to Texas Avenue between 14th and 34th Street.

Residents in the affected area are urged to go indoors, turn off air-conditioning units, close all windows, and continue to monitor social media.

Emergency personnel are on site with detection monitoring systems and are further investigating.

Currently, no detection levels have been indicated.

Texas City ISD officials said buses that would drop off students south of Palmer Highway from Levi Fry are being held at the school campus. District spokeswoman Melissa Tortorici said eight buses are remaining at the campus with students. All other campuses had already dismissed classes, but any after school programs at campuses are under a shelter-in-place order.

This is a breaking news story. Keep checking back for the latest updates.