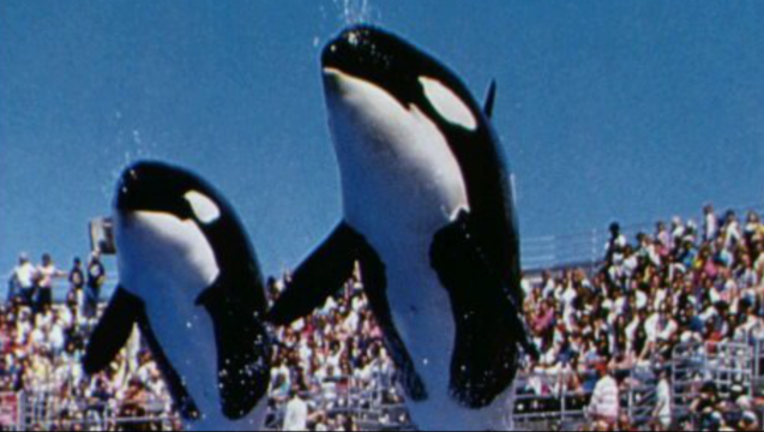 LOS ANGELES (AP) — SeaWorld announced Thursday that it will challenge a state ruling that banned the company from breeding captive killer whales at its San Diego park.

The announcement comes a week after the California Coastal Commission endorsed a $100 million expansion of the tanks SeaWorld uses to hold orcas in San Diego. That ruling also outlined a series of restrictions on SeaWorld, including a ban on breeding and prohibitions on the sale, trade or transfer of the whales.

SeaWorld said it would "pursue legal action" and hired a law firm. But it wasn't immediately clear if that would lead to a lawsuit, regulatory appeal or other action.

"The Coastal Commission went way beyond its jurisdiction and authority when it banned breeding by killer whales at SeaWorld," company President Joel Manby said in a statement.

"By imposing broad new jurisdiction over all future SeaWorld marine animal projects, as well as aquarium projects elsewhere in the state, the commission has overstepped both federal and California law," Manby said.

The commission said it had not seen a legal complaint and could not comment.

Animal rights activists called last week's vote a death blow to the use of killer whales at the California park. "SeaWorld is blowing smoke," said Jared Goodman, an attorney with People from the Ethical Treatment of Animals.

The commission "acted fully within its authority when, as a condition of its approval of building new tanks, it placed a ban on breeding orcas," Goodman said.

Before the vote last week, SeaWorld argued the commission didn't have the authority to impose breeding and other restrictions to its "Blue World" expansion, which would triple the size of existing killer whale enclosures.

The park said "breeding is a natural, fundamental and important part of an animal's life and depriving a social animal of the right to reproduce is inhumane."

Manby said it "defies common sense that a straightforward land-use permit approval would turn into a ban on animal husbandry practices — an area in which the commissioners have no education, training or expertise."

Attendance at the California park has declined since the release of the popular documentary "Blackfish" in 2013, which suggests SeaWorld's treatment of captive orcas provokes violent behavior. The company's stock price also has dropped over the past two years.

The Orlando, Florida-based company had said the orca population at the San Diego facility, 11 whales, would not significantly increase because of the "Blue World" project.

"This was not a power grab," Bochco wrote in a commentary posted on The San Diego Union-Tribune website. "The commission is not pre-empted by any federal law and no other state agency is addressing issues related to captive whales. We were faced with making our decision in a regulatory vacuum."

"It's difficult to imagine a species more inherently unsuited for captivity," she wrote.