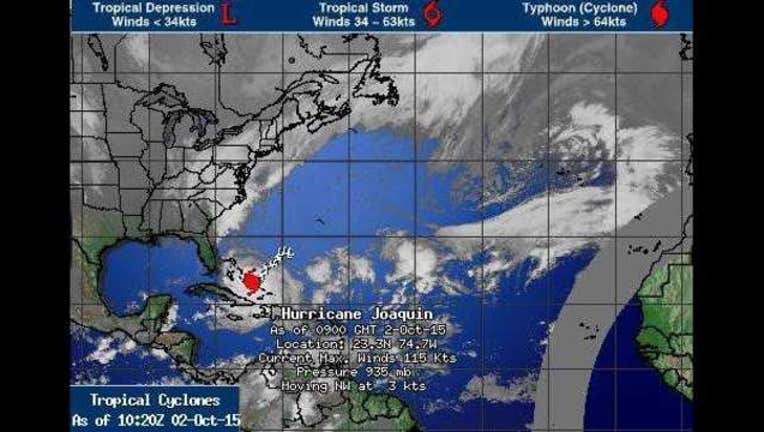 HOUSTON (FOX 26) - U.S. Coast Guard crews are conducting a search and rescue crews operation after a container ship with 33 people aboard is reported to be in the Atlantic Ocean near Crooked Island, Bahamas within the Hurricane Joaquin zone.

The 735-foot ro-ro cargo ship El Faro was bound for San Juan, Puerto Rico from Jacksonville, Fla. Coast Guard watchstanders at the Atlantic Area command center in Portsmouth, Va. received an Inmarsat satellite notification at around 7:30 a.m. Thursday that indicated the ship was beset by Hurricane Joaquin, had lost propulsion and had a 15-degree list. The crew reported the ship had previously taken on water, but that all flooding had been contained.

Watchstanders at the Coast Guard 7th District command center in Miami launched an HC-130 aircrew out of Clearwater, Fla., to search for the El Faro, but watchstanders and rescue crews have not been able to reestablish communications with the El Faro crew.

Two Air Force C-130 Hurricane Hunter air crews tried to locate and reestablish communications with the El Faro Thursday but were not able to do so. Coast Guard crews remain on scene and will continue search efforts Friday by both air and sea.