Ramirez grew up playing flag football with her friends and relatives. After a few years away from the sport and a transfer to Richland High, she decided she wanted to take the field.

"I told them I wanted to do football. They called Coaches Kates and he was like, ‘yeah’. He talked with my dad," said Ramirez.

The support from her parents has been a welcome surprise.

"They're excited about it. They like it. My mom is a little bit nervous, but she likes it. We all like it." 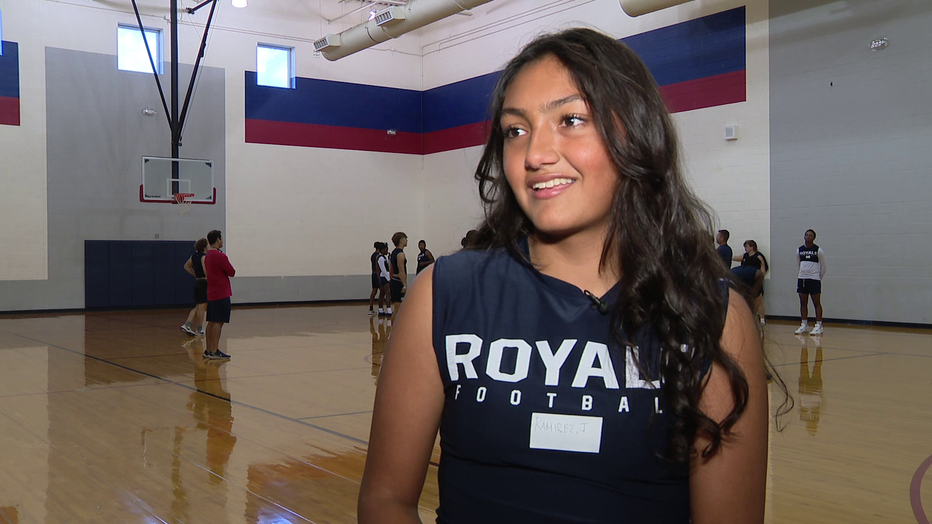 Ramirez has also received support from her teammates and coaches.

"She's been at every single training session in the summer, she's on time she's ready to go," said Richland head football coach Ged Kates. "She works as hard as anybody, and she's a great teammate."

"Honestly, I didn't even know. She just showed up, and I was like, actually this is pretty cool. We have a girl on the football team," added Richland starting quarterback Bryce Morton.

Ramirez did not catch any passes in either of Richland's first two games, but the season is young.

"I would really want to get her the ball. That'd be pretty cool. She does her job, she's doing all she can and she's helping the team," Morton said. 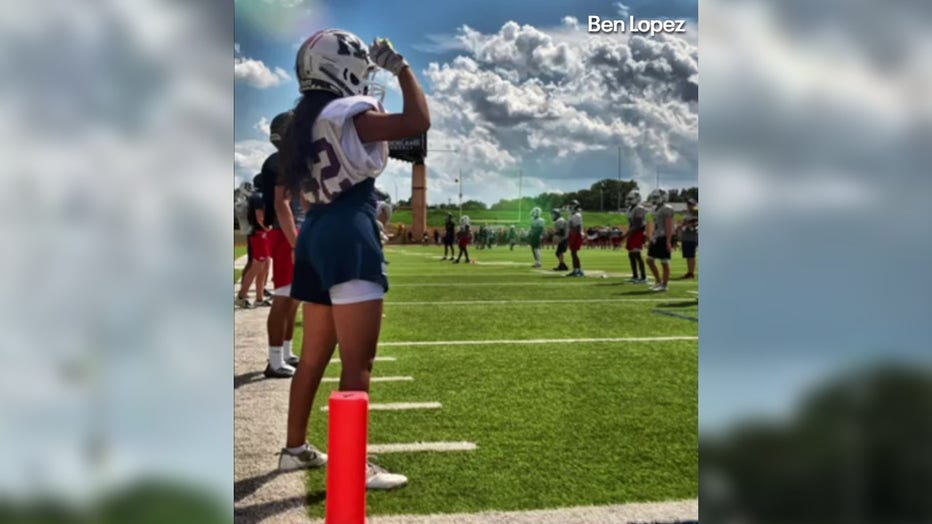 "You hear the clap, the ball is moving, you're like, oh, I know what to do. It's like at the moment you just remember," said Ramirez.

And she says she's not afraid of taking a hit; she loves it.

"Sometimes, it depends on how hard they hit you, but it is just exciting," she said.

Mainly, Ramirez hopes her courage and confidence will encourage others.

"Yeah just go for it. If you want to do it, go do it. It doesn't matter what people think."

Julieta is hopeful she will land a flag football scholarship. She has her eye on several universities that offer the women's sport.