Organization pushing to shut down Repticon as it returns to Houston

As Repticon returns to Houston, one organization is pushing to shut it down over concerns that animals could spread diseases. FOX 26's Chelsea Edwards has more.

PASADENA, Texas - Some slithery and slimy creatures are back in the Houston area for a reptile market, but one organization is pushing to shut it down.

Repticon Houston is bringing the creepy and crawly to the Pasadena Convention Center and Fairgrounds Saturday and Sunday.

The traveling show usually comes to Houston three times a year but was put on hold because of the coronavirus, but with the potential to spread another disease, the World Animal Protection Organization thinks the show should go back in its cage.

The organization says it has sent letters to convention centers, like the one in Pasadena, to demand they cut ties to Repticon and “help prevent the next possible pandemic.”

“We think that it's crazy that at a time when people are so concerned about COVID-19 and taking every precaution, that they shouldn't also be following the CDC guidance and not bringing reptiles into their homes if they have young children,” adds Williamson.

On October 1, the Centers for Disease Control published an investigation on a salmonella outbreak linked to bearded dragons. They found cases in eight states with seven hospitalizations and no deaths.

“The CDC advises that children under five shouldn't come into direct contact with reptiles- that's precisely the age group, that Repticon lets into its venues for free,” says Williamson.

Repticon says it’s well aware of the salmonella stigma that comes with its shows, but representatives say illnesses are rare and safety measures added because of COVID-19 could also help prevent the spread of bacteria from the cold-blooded to the curious shoppers handling them.

“We've cut our capacity on vendors to spread them out more,” says Repticon Show Manager Mike Dean. “With the hand sanitizing and social distancing, and we want to make sure everyone wears some kind of face shield or mask to make sure we’re not spreading any germs or anything.”

Dean also says the return of the show is helping local vendors rebound.

“They just don't have a lot of outlets. Granted, some of them do online and things like that, but in this market, you don't see a lot of mom and pop pet shops anymore.”

Gina's Heart of Gold Reptile Rescue says it's adopting out abandoned animals. They found a home for a bearded dragon on the first day of the show, but the owner of the not-for-profit says all her adoptions come with advice.

“Treat them like they’re raw chicken. Every time you put your hands in there, you need to wash your hands, and you're going to be okay if you do that,” says Gina Disteldorf.

World Animal Protection says it doubts that most reptile dealers do much educating while making sales and recommends families go an entirely different route.

“Wild animals don't belong in captivity. They present a disease threat to you and your children, whereas a companion animal such as a dog or a cat just doesn’t,” says Williamson.

But if reptile is the way to go, the CDC recommends several tips including regular hand washing to prevent the spread of germs, which could act as double duty against salmonella and COVID-19. After all, one pandemic is plenty. 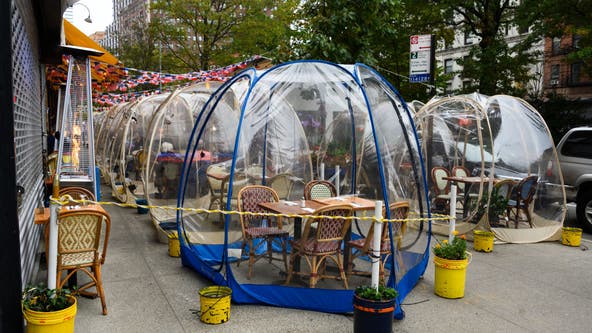