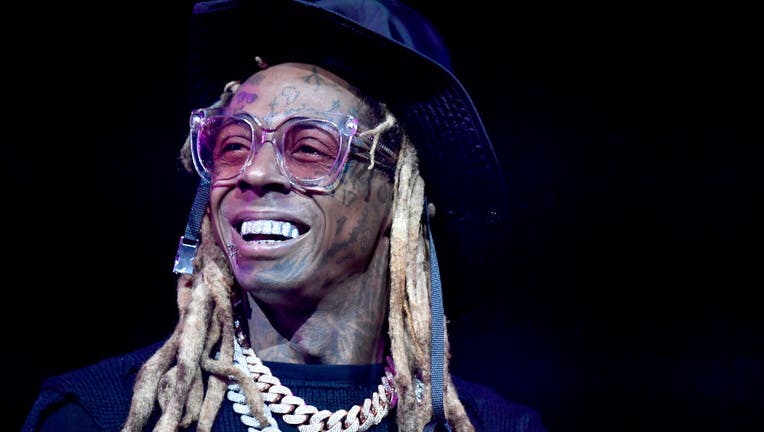 Mic drop: Lil Wayne and President Trump "had a great meeting," according to the rapper.

On Thursday, the 38-year-old, whose real name Dwayne Michael Carter Jr., tweeted a photo of himself standing next to Trump.

"Just had a great meeting with @realdonaldtrump @potus besides what he’s done so far with criminal reform, the platinum plan is going to give the community real ownership," Wayne said. "He listened to what we had to say today and assured he will and can get it done."

Trump's proposed “Platinum Plan” includes creating 3 million jobs in the Black community over the next four years, increasing access to capital by nearly $500 billion and strengthening Trump’s immigration policies to protect American jobs, according to his website.

Another artist, Ice Cube, is also working with Trump on his "Platinum Plan" for Black Americans. He told “Fox News Sunday” that he is “not playing politics with this.”

“I’m willing to meet with anybody who could bring this to life and make it a reality,” he told host Chris Wallace.

Ice Cube, who was declared the “Power Player of the Week,” has been calling out the system for more than three decades through his music, but recently he has turned to political action. Over the summer, he released a “Contract with Black America,” calling for reforms to close the opportunity gap in the country.

“Facts: I put out the [Contract with Black America],” the rapper tweeted earlier this month. “Both parties contacted me. Dems said we’ll address the CWBA after the election," Ice Cube tweeted. "Trump campaign made some adjustments to their plan after talking to us about the CWBA. They listened, heard what I had to say ... and pumped up their plan and presented it to the people on September, I believe, 24."

In his “Contract with Black America,” Ice Cube asks politicians for banking, police and prison reform, elimination of all Confederate statues, federal funding of “baby bonds” starting with $1,000 at birth, among other reforms to support the Black community in order to earn the “support of the Black vote.”