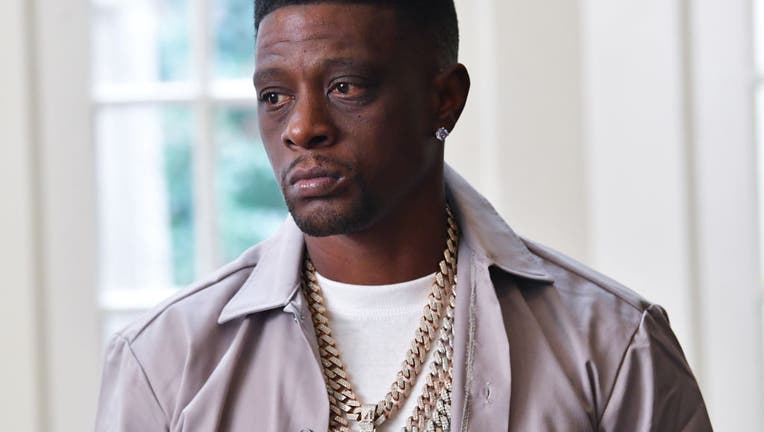 ATLANTA, GA - SEPTEMBER 23: Rapper Lil Boosie on the set of the music Video "Shottas" at Private Residence on September 23, 2020 in Atlanta, Georgia.(Photo by Prince Williams/Wireimage)

DALLAS - Sources confirmed to FOX 4 that Boosie was treated at a local hospital Saturday after being shot in Dallas.

The Louisiana rapper was reportedly in Dallas to pay respects to Melvin Noble, who performed under the name Mo3, after he was fatally shot on I-35 earlier this week.

Few details have been released about Saturday’s shooting, but sources confirmed that Boosie was treated at a hospital just after 2 p.m. after being shot in the leg while in a car near the Big T Plaza strip mall in Central Oak Cliff.

RELATED: Vigil held to remember rapper Mo3 after he was fatally shot on Dallas interstate

Noble was shot and killed on I-35 Wednesday afternoon near the Dallas Zoo.

Police said he and the shooter both stopped their vehicles on the highway, and Noble was shot while running away from his attacker.

Police have not made any arrests in either of the shootings, and have not said whether the two shootings are connected.