Car lands in pool after pursuit in northwest Harris County

A pursuit in northwest Harris County ended when the driver went through a fence and landed in a backyard swimming pool.

Authorities say a pursuit in northwest Harris County ended with the car in a home’s swimming pool.

According to Sheriff Ed Gonzalez, deputies responded to the 13600 block of Walters Road for a report of a vehicle that was taken at gunpoint earlier in the night.

Authorities say a woman was getting gas at a gas station when she was carjacked by two males.

The suspects reportedly drove the car around, stopped somewhere else to get gas and drove past the gas station where the carjacking happened.

Authorities say the woman was talking to deputies at the gas station and identified her car. 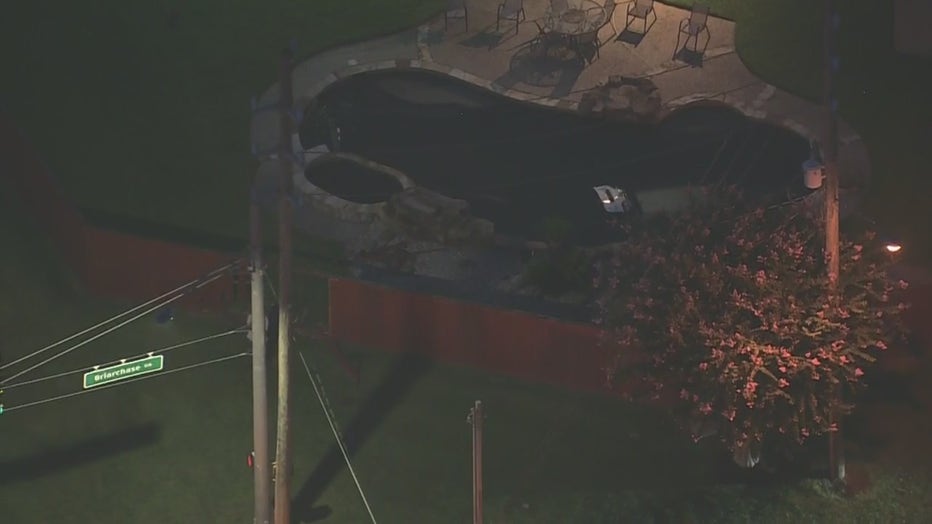 A car crashed into a backyard and went into a swimming pool in northwest Harris County.

A brief pursuit began. Sheriff Gonzalez said the pursuit ended when the vehicle crashed into a residential backyard and went into a swimming pool near Briarchase and Walters Road.

Authorities say the driver was able to get out of the car, but a deputy jumped in and rescued the passenger. The driver is still at large.