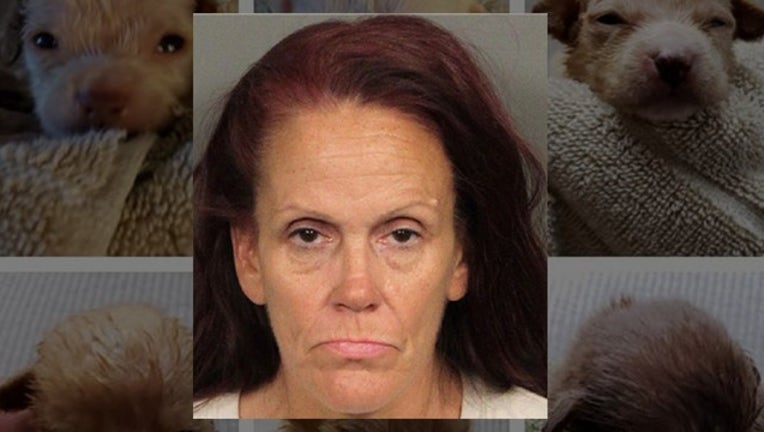 COACHELLA, Calif. (FOX 35 ORLANDO) - The lawyer for the woman accused of putting seven newborn puppies in a plastic bag and tossing them in a dumpster in Coachella, California drew gasps from the courtroom after arguing that "puppies aren't people."

On Thursday, prosecutors had requested that the bail amount for Deborah Sue Culwell, 54, be increased. Her lawyer, Joseph Cavanaugh, attempted to argue that 'puppies aren't people' in order to keep her bail amount lower and that his client shouldn’t be held to the same standard as someone who harms a person.

Culwell is charged with seven counts of felony animal cruelty and seven counts of misdemeanor abandoning animals. She had bailed out of jail on April 23 on $10,000, but on Thursday, prosecutors successfully argued that it should be increased to $50,000.

Security footage of a woman, allegedly Culwell, throwing the puppies in a dumpster on April 18 went viral. All 7 of the puppies were rescued and placed in a foster home. One of the puppies died a week later.

During a search of her home, investigators found nearly 40 other dogs living in deplorable conditions.The dogs have officially been relinquished to Riverside Animal Services.

Culwell has pleaded not guilty to all of the charges.