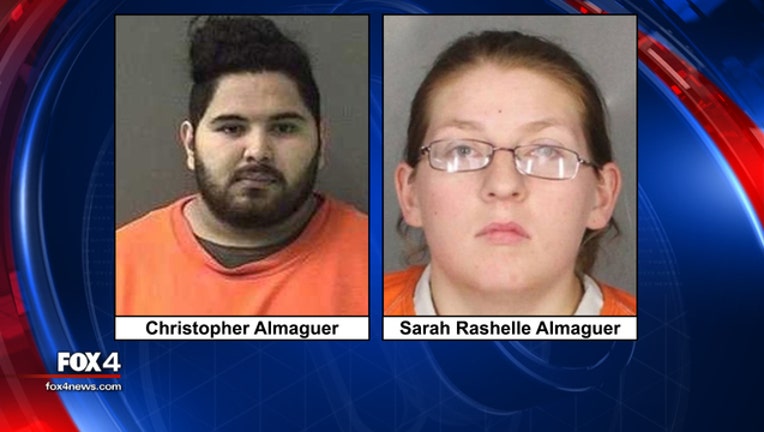 DALLAS (AP) - A Texas couple have been sentenced to 60 years in prison each for child sex abuse and pornography in a case that prosecutors say involves more than two dozen children, including babies.

Federal prosecutors say Christopher Almaguer and Sarah Rashelle Almaguer took videos of themselves sexually abusing children. Prosecutors say they identified at least 25 children in videos and photos taken by the couple. The victims ranged in age from 8 months old to 14 years old.

The Almaguers were sentenced Wednesday after pleading guilty in October to one count each of sexual exploitation of children and production of child pornography.

Court records say the 27-year-olds from Killeen were the legal guardians of at least one of the children.