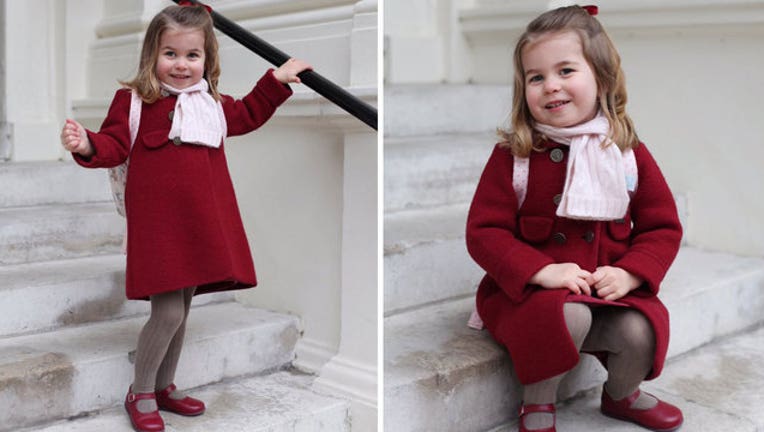 LONDON (AP) - Kensington Palace has released two images of Princess Charlotte as she begins her first day at nursery school.

The 2-year-old is shown on the steps of the palace in one photo and standing holding onto a rail in another. The images were taken by her mother, the Duchess of Cambridge, before Charlotte went Monday to the nearby Willcocks Nursery School in London.

Charlotte will be a full-time pupil at the school. It charges just over 3,000 pounds a term ($4,000) for those who attend mornings Monday to Friday.

The daughter of Prince William and his wife, the former Kate Middleton, turns 3 in May. She is fourth in line to the British throne, after grandfather Prince Charles, father William and older brother Prince George.