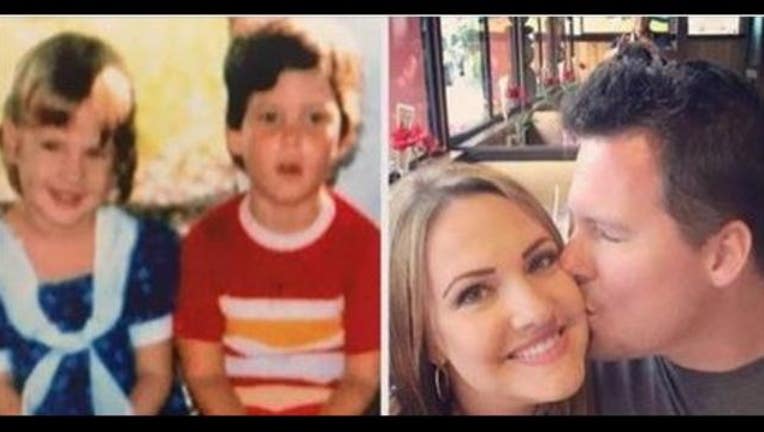 Puppy love turned out to be true love for a Florida couple who were matched on a dating site 30 years after they'd been "preschool sweethearts."

However, it wasn't until a year had passed that they realized their paths had crossed before.

Now, Amy Giberson and Justin Pounders, who plan to get married, couldn't be more sure that they've found the person they were meant to be with.

The couple explained on "Fox and Friends" how they put the pieces together.

Justin said that he once told Amy that he'd always liked her name and had a pre-school crush on a girl with that name.

About a month later, they were talking about a scar Justin got in pre-school, and when he mentioned the school's name they realized that they'd both attended the same one, in St. Petersburg.