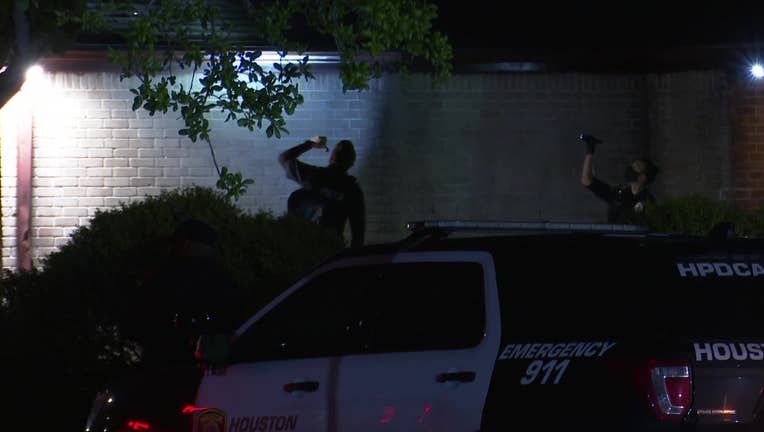 Police investigate a shooting on Wainfleet in southwest Houston.

HOUSTON - Police say a woman shot a man during an altercation in her front yard in southwest Houston early Monday morning.

Officers were dispatched to a shooting in the 11000 block of Wainfleet around 2:30 a.m.

Authorities found a man at the scene who was bleeding from his leg. Officers applied a tourniquet, and HFD transported him to the hospital.

According to the preliminary investigation, police say, the woman had left a club to go home and the man followed her.

Police say he was reportedly knocking on the door and there was an altercation in the front yard. The woman shot him in the leg, police say.

According to HPD, there are conflicting statements about what their relationship is.

Authorities say the woman is in custody. Police will speak with the man at the hospital.