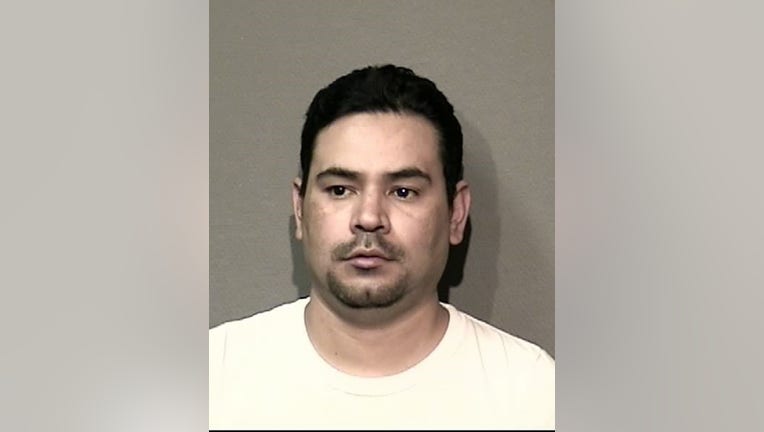 HOUSTON - Police say a man is wanted for shooting another man in the chest in the parking lot of a business in southwest Houston.

Sergio Lopez-Castaneda, 37, is charged with aggravated assault of a family member in connection to the shooting on November 21.

According to Houston police, a group of men were in the parking lot when an argument began, which led to a man shoving the suspect. Police say the suspect took out a pistol and shot the man in the chest.

The suspect fled the scene, and the injured man was taken to the hospital in stable condition.

Following an investigation, police identified Lopez-Castaneda as the suspect.

Lopez-Castaneda was charged on January 24, and police say they have been unable to locate him since then.

Anyone with information on the whereabouts of Lopez-Castaneda is urged to contact the HPD Major Assaults & Family Violence Division at 713-308-8800 or Crime Stoppers at 713-222-TIPS.