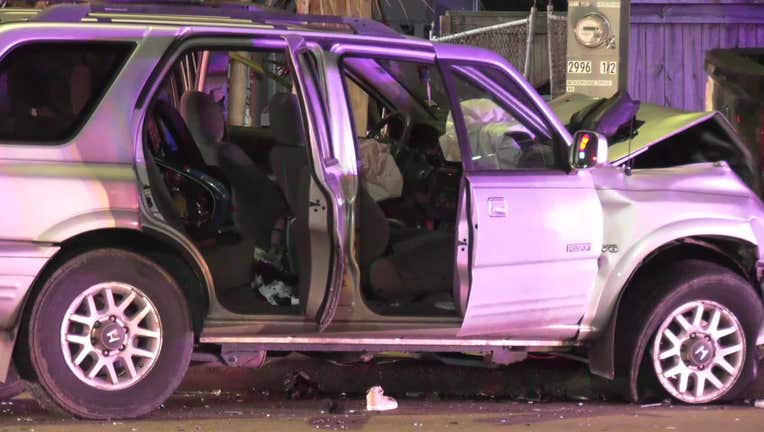 A pursuit in southeast Houston ended in a crash on Woodridge.

HOUSTON - Authorities say a suspect reached out of his vehicle and fired shots at a Pct. 6 constable deputy during a pursuit in southeast Houston.

The Houston Police Department responded to the scene where the chase came to an end in the 3000 block of Woodridge, but they say no HPD officers were involved in the shooting.

According to HPD, the incident began around midnight when a Pct. 6 constable deputy saw a vehicle driving erratically and attempted to initiate a traffic stop.

Police say the suspect started to comply but then suddenly took off, and a pursuit ensued.

At one point, police say the suspect reached out of his window and started firing back at the constable deputy.

Authorities say the chase came to an end when the suspect struck a pickup truck. The suspect was taken into custody.

According to HPD, while in the backseat of the patrol vehicle, the suspect passed out from what appears to be some type of impairment. Police say Narcan was administered, and he was taken to the hospital in unknown condition.

Authorities say a firearm and several types of narcotics were found in the suspect’s vehicle.

The two men who were in the pickup truck that was struck were not injured.