Suspect dead after being shot by police in northeast Houston

Police have shot and killed a suspect on the northeast side, according to Houston Police Department.

HOUSTON - Houston police have shot and killed a man wanted on multiple warrants in northeast Houston, according to Houston Police Department.

Around 10 a.m. Houston police officers were looking for a man they called a "violent fugitive" with warrants out for his arrest.

The man is described as African American and in his 30s. Police say he is wanted on three felony warrants for felon in possession of a firearm, aggravated assault, and evading the police.

Around 2 p.m. officers say they saw the man they were looking for and watched him get into the passenger side of a silver vehicle and leave the scene at 2:45 p.m.

Houston police officers tried to pull over the vehicle, but it ignored the police lights resulting in a short police chase. 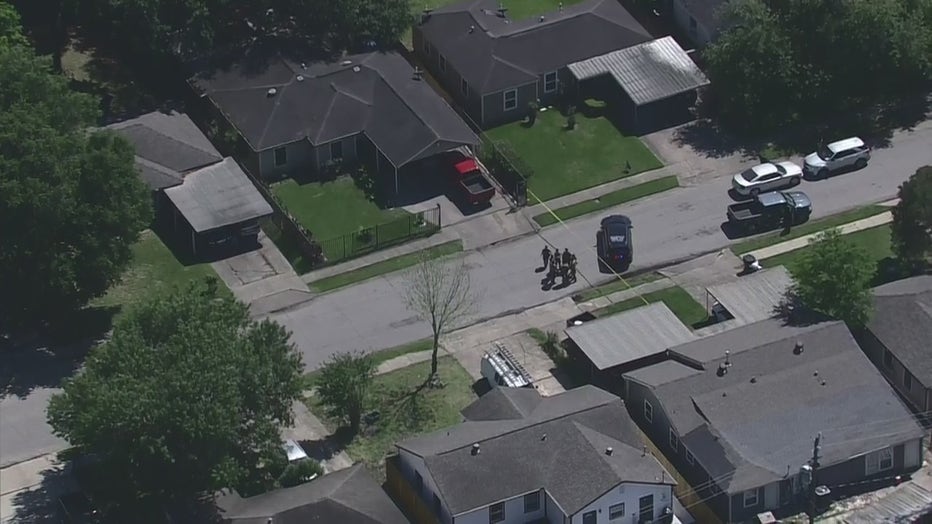 Officers performed a Pursuit Intervention Technique (PIT) maneuver, blocking the vehicle’s path and it came to a stop in the 8700 block of Josie St.

According to police, the "violent fugitive" exited the vehicle holding a bag and a Houston police officer shot the man one time.

Inside the bag, police say they found a semi-automatic pistol. Police do not believe the man was able to fire the gun inside the bag during this incident.

"All of those things will be in a complete review of body-worn camera video and will be part of the ongoing investigation," said HPD Executive Chief Matt Slinkard.

The man shot by a Houston police officer was transported to Ben Taub Hospital, where he was pronounced dead. His identity is pending verification by the Harris County Institute of Forensic Sciences.

"Any loss of life is tragic and there's obviously families that need to be prayed for," said Executive Chief Slinkard. "And let's remember to keep everybody involved in these types of incidents in our prayers."

Police say they will be reviewing body camera footage from this shooting.

HPD officer S. Privette has been identified as the officer who discharged a weapon. He was not injured.

Privette was sworn in as an officer in December 2014 and is assigned to the Narcotics Division, where his a a member of a tactical team that tracks down violent fugitives. The officer is on administrative duties while police investigate this shooting.

Police arrested the male driver, 32, for not stopping when police attempted to initiate a traffic stop. He's charged with fleeing or attempting to elude a police officer.

The incident is being investigated by the HPD Special Investigations Unit and the Internal Affairs Division, as well as the Harris County District Attorney's Office.