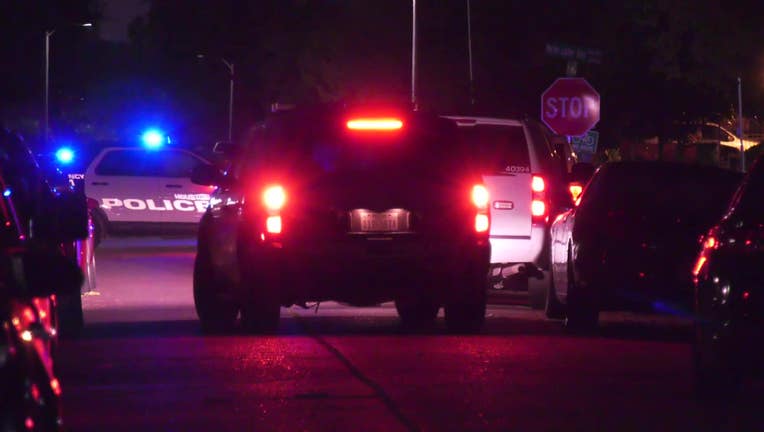 HOUSTON - Police say a 47-year-old man was shot and killed when a suspect opened fire on a house in southeast Houston.

Officers responded to the shooting around 11:05 p.m. Wednesday in the 5600 block of Schevers Street.

According to police, a couple of people were outside of the house when an unknown man drove up in a car and they got into a verbal altercation.

Police say the man who had gotten out of the car had a gun, and when the others noticed, they ran into the house.

Authorities say the suspect fired multiple shots at the house, and one of the bullets struck a man.

The man was taken to the hospital, where he was pronounced deceased. Police identified the victim as 47-year-old Bruce Wayne Ferguson.

The suspect is described only as a black male in his early 40s, last seen in a white Chevrolet Malibu.