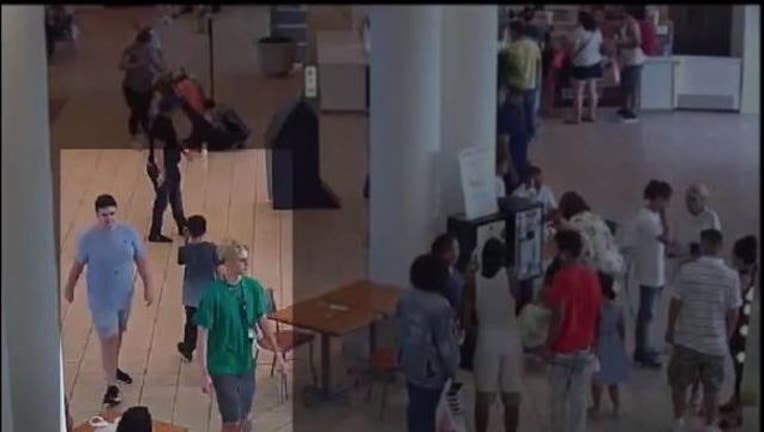 HOUSTON (FOX 26) - Houston police released surveillance video of a person of interest in the incident at Memorial City Mall that panicked shoppers on Sunday.

Police are seeking the identity of a male in a green shirt. They say he is a person of interest and would like to speak with him.

Police are also seeking the identity of a male in a gray shirt also seen in surveillance video. Police say he may be an eyewitness or have additional knowledge.

RELATED: Man with half mask on threatens to kill himself, resulting in mass panic at Memorial City Mall: HPD

Anyone who witnessed the incident in the mall's food court or has knowledge of the identity of the two males in the video is asked to call Crime Stoppers at (713)222-TIPS.