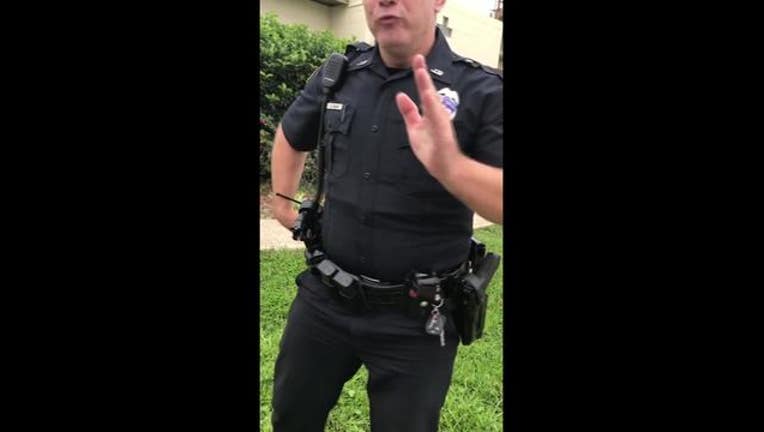 JACKSONVILLE, Fla. (FOX 26 / STORYFUL) - A man was threatened with jail and reportedly issued with a fine over alleged jaywalking following a June 20 incident in Jacksonville, Florida, which was recorded in footage that has since gone viral.

Devonte Shipman recorded his interaction with an officer, named in reports as JS Bolen, in which Bolen threatens Shipman with jail if he won’t go wait by the officer’s car.

According to the Miami Herald, Shipman was issued with a $62.50 fine for failing to obey a pedestrian control sign.

Bolen also says he will fine Shipman for failing to carry identification. He is heard tell Shipman, "In the state of Florida, you have to have an ID card on you identifying who you are or I can detain you for seven hours until I figure out who you are.”

According to the Miami Herald, however, “that’s not the law.” It said that the relevant law, Florida Statute 322.15, applied only when operating a motor vehicle. Shipman, the Herald said, “was operating his feet.”
In the video, Shipman concludes, “They got three cop cars, all because we crossed the... street.”