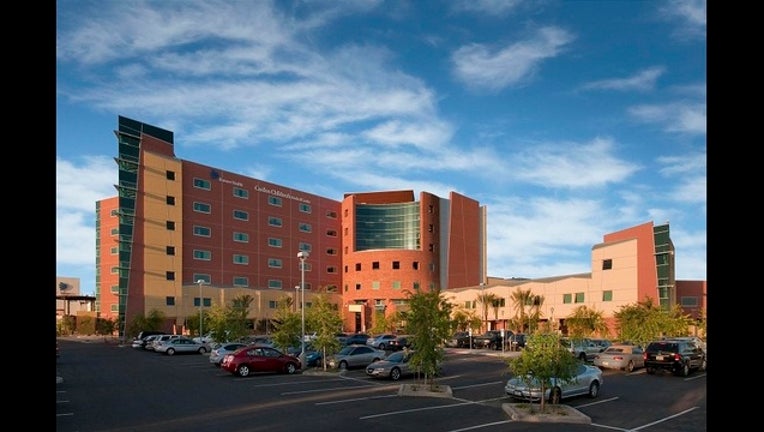 MESA, Ariz. (AP) — A mother of a patient at a suburban Phoenix children's hospital took her son's life before taking her own, police said Saturday.

"Every two hours they do a check," Berry said. "They were seen alive and fine at midnight and then found at 2 a.m."

The mother had a fatal gunshot wound, Berry said. He could not describe how the child died.

Upon finding the pair, the nurses immediately called for trauma units as well as security. An off-duty police officer was already working at the hospital, according to authorities.

Investigators believe the mother killed the child and then herself. Nobody at the hospital recalls hearing any gunshots or suspicious activity, Berry said. The boy was in a private room.

Berry told KPHO-TV (http://bit.ly/1HlLbk5 ) that the woman was 27-year-old Tammy Griffith, and the 5-year-old's name was Helious.

Police have completed their investigation of the scene and the room has been turned back over to the hospital. No one else in the hospital was threatened or harmed.

A representative for the Banner Health system declined to comment when reached Saturday.

According to police, the boy had been hospitalized for the past week. Berry declined to say why the boy was hospitalized, citing privacy rules.

The mother currently had an open case with the Arizona Department of Child Safety but she was the boy's legal guardian, Berry said.