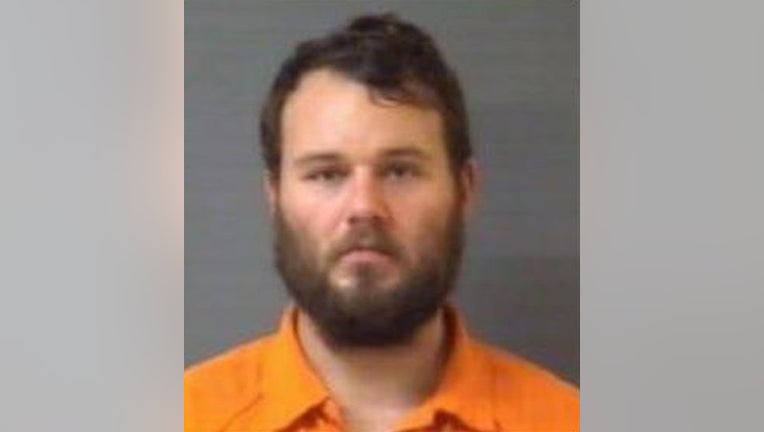 Jonathan Maxey Bulluck Jr., 23, was charged with felony animal cruelty and felony larceny of a dog.

WILSON, N.C. - A North Carolina man stole and beat a dog named Tigger, stabbed it to death and used a chain saw to cut in half, authorities said.

Investigators told media outlets that Jonathan Maxey Bulluck Jr., 23 of Rocky Mount was charged with felony animal cruelty and felony larceny of a dog — a mastiff who was owned by his aunt.

“The suffering that the dog endured … it was like something out of a horror movie,” Wilson County Sheriff Calvin Woodard said in a statement. “This was just a heinous act from the beginning to the end. This was just down right immorally wrong.”

The dog’s owner told deputies that after she arrived home Friday, her nephew, who was staying the night with her, said her dog jumped on a 2-year-old, who was also staying at the home, according to the sheriff’s office. She told officials that she found no injuries on the child, said Wanda Samuel, sheriff’s office chief of staff.

When she woke up Saturday morning, Bulluck was no longer there, and Tigger was off its leash, officials said.

She called authorities after she couldn’t reach Bulluck. Deputies and family members eventually found the dog’s body in a shallow grave, down a dirt path off Robbins Road.

Officials said the investigation showed that Bulluck stole the dog sometime during the night Friday, carried the dog down a long dirt path and beat the dog until it was unconscious, Samuel said. After that, Bulluck stabbed the dog to death, and used a chainsaw to cut the dog in half so that it would fit into a shallow grave, officials said.

Only half the dog’s body was found, deputies said.