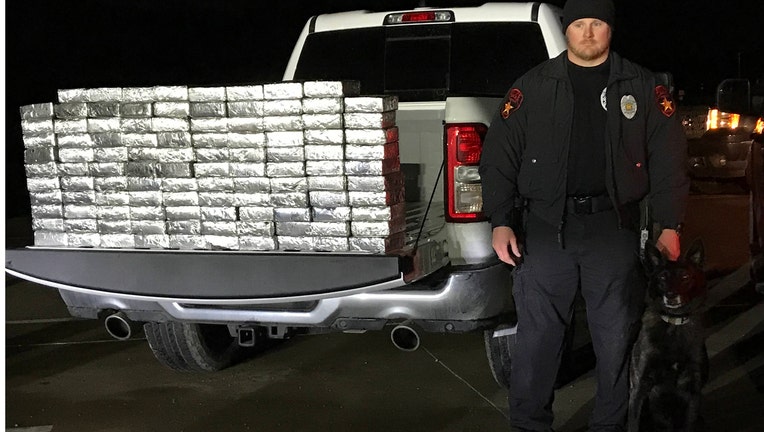 LEWISVILLE, Texas - Lewisville police found nearly 600 pounds of methamphetamine in a tractor-trailer, making it one of the department’s largest drug busts.

Police said they got a tip Sunday about a suspicious truck located near a major highway.

Officer Pat Robey checked out the vehicle with his K-9 partner, Stryker. The trained drug-sniffing dog quickly alerted him to the presence of drugs. 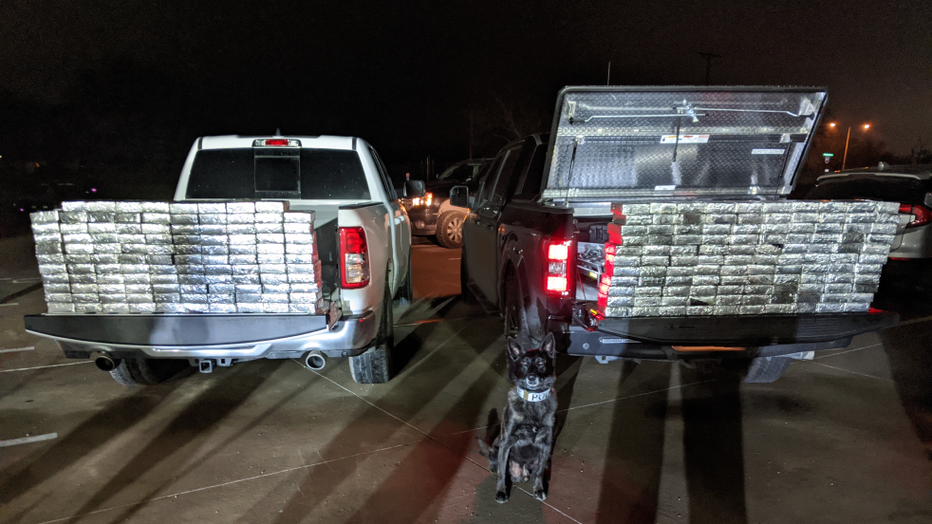 Police said the officers searched the tractor-trailer and found the meth in a hidden compartment.

The seized drugs have an estimated street value of about $1.2 million.

There’s no word on arrests.