HOUSTON - A Houston police chase ended with a car on fire on Highway 290 on Thursday afternoon, shutting down all westbound mainlanes of the highway.

Houston police say the chase, which lasted roughly 10 to 15 minutes, began in the 4300 block of Rosslyn near W 43rd Street.

The silver Honda Accord became disabled on 290 outbound near the Fairbanks N Houston exit, and the car caught fire. 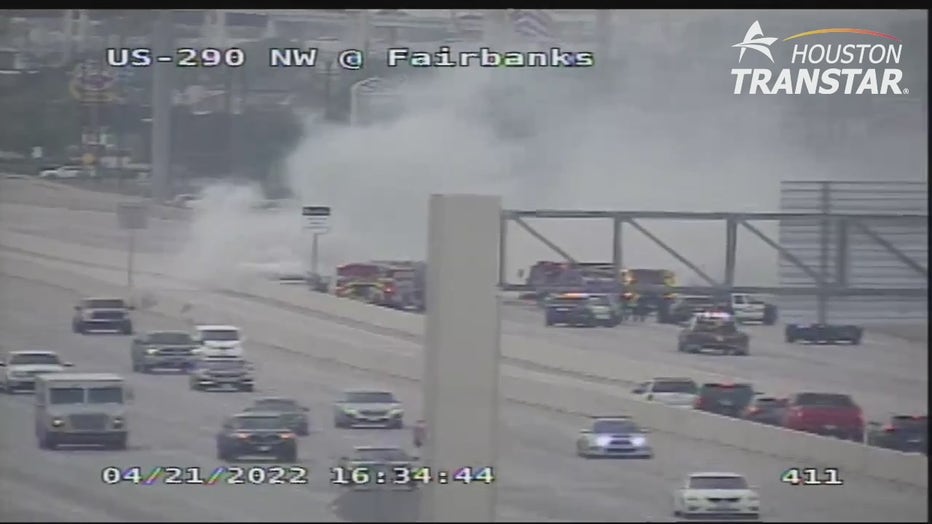 Large clouds of smoke can be seen going into the air.

Traffic was at a standstill when the westbound lanes were closed on 290 due to the incident. They have since reopened.

It is unclear why police began the pursuit of the silver Honda Accord.