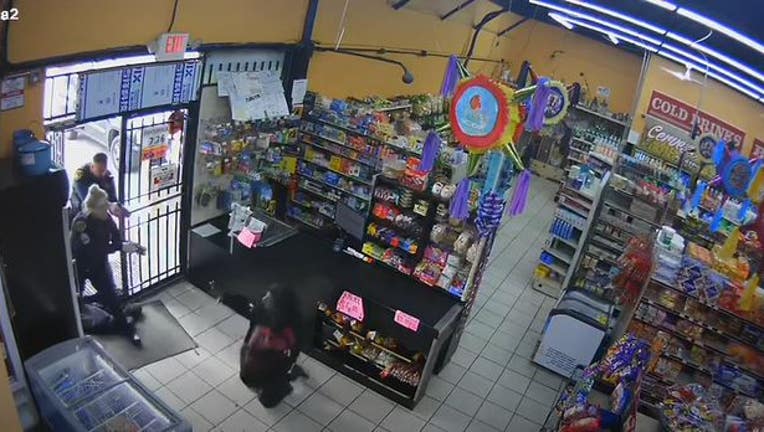 According to a release, officers were called out to a robbery in-progress call at the location.

When the responding sergeant, identified as J. Smith, arrived, she found the suspect, 40-year-old Kamari John Miles, located inside a store at the location.

Authorities said from the call information, the sergeant had knowledge that Miles was armed with a knife. The sergeant gave verbal commands but Miles did not comply.

After a secondary officer arrived to assist the sergeant, the officer discharged his "conductive energy device" at Miles in an attempt to detain him. Officers said the device had no effect, due to the suspect’s heavy jacket.

Police said when Miles ran toward the sergeant and officer, the sergeant responded by "discharging her duty weapon" at the suspect.

The suspect wasn’t struck and ran from the location. Then following a brief foot pursuit, the suspect was caught and taken to jail and charged with aggravated robbery with a deadly weapon.

No one was injured in the shooting.