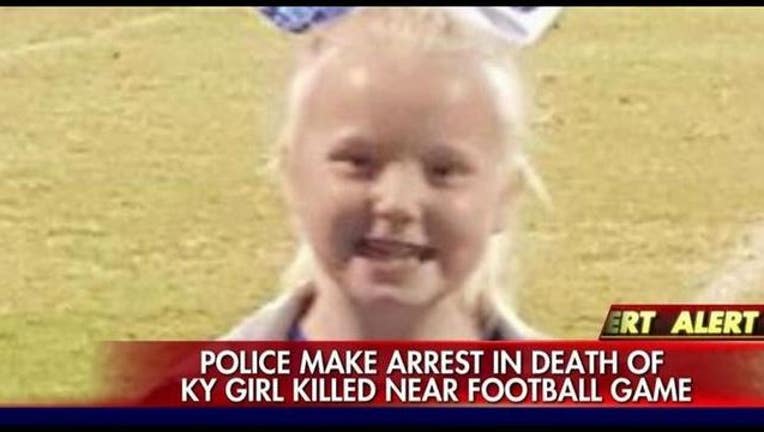 Kentucky authorities have arrested a man in connection with the death of 7-year-old Gabriella "Gabbi" Doolin, who went missing during her brother's football game last weekend.

Timothy Madden, 38, was taken into custody by Kentucky State Police on Friday morning, according to WBKO.

Madden reportedly attended Allen County-Scottsville High School and graduated in 1996. He was a student there at the same time as Gabbi's father.

Police could be seen searching his home the night after Gabbi was killed. According to Madden's Facebook page, he works in construction.