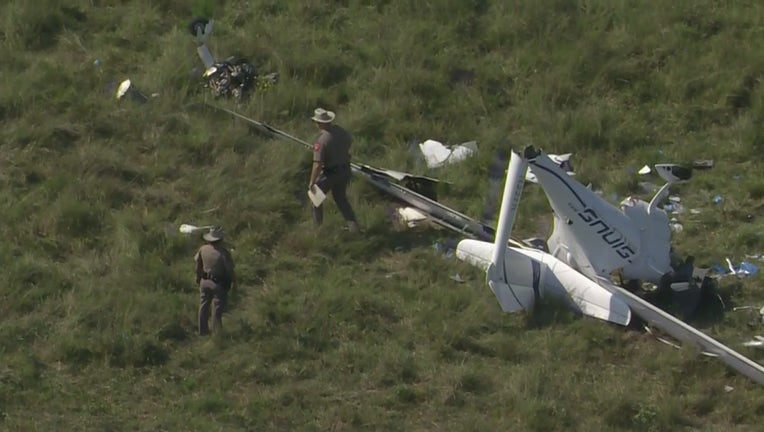 Photo from the scene as SkyFOX flies over the crash area.

WALLER COUNTY, Texas - One man has lost his life and while another man is fighting for his life following a glider crash in Waller County on Monday afternoon.

The crash occurred at the intersection of Howell Road and Waller Gladish Road around 3 p.m.

DPS officials said the single engine, two-seater aircraft departed from Hooks Airport and was on the way to the Soaring Club of Houston. 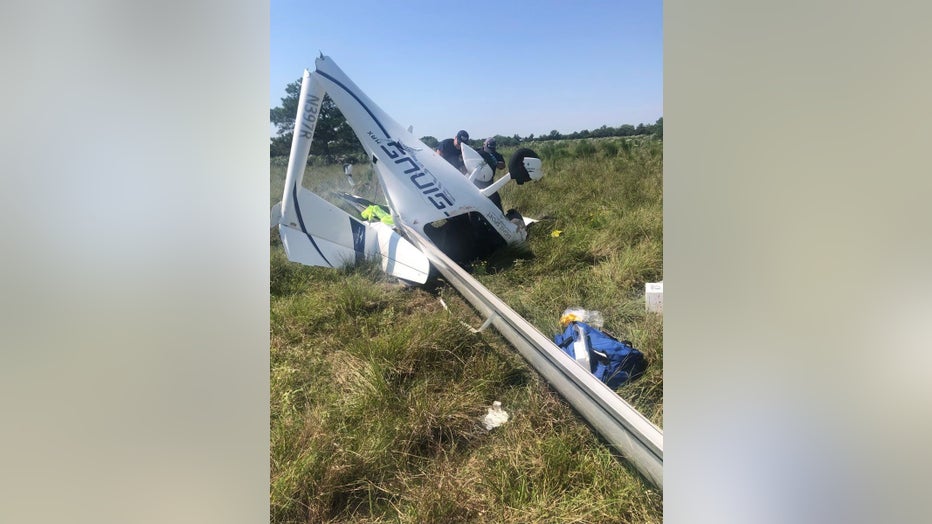 Photo of the plane that crashed. (Source: Texas DPS)

According to Texas DPS, the plane experienced some type of mechanical issue, causing the plane to crash. It's unclear what exact type of issue occurred.

DPS said the pilot of the plane, 74-year-old Harding Rome of Houston, was killed in the crash. Another man who was inside the plane was airlifted to the hospital in critical condition.

DPS Troopers will remain on the scene to hold a perimeter around the area while FAA officials head to the area to investigate.

Residents and motorists are asked to avoid the area.