The incident happened over a 45-minute span on Friday and was caught on body-cam footage by responding officers of the Stamford Police Department.

Altogether, three officers chased a pig around the property and edge of a pond near Winding Brook Lane.

When attempting to corral the pig failed, police officers had to get creative and grabed a garbage can to try to contain the pig. 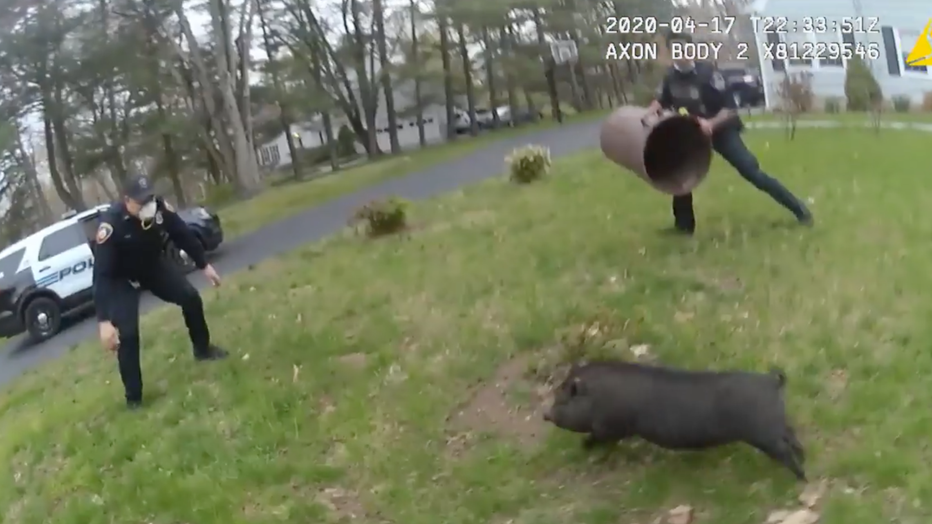 At one point in the video, an officer traps the pig under a garbage can before it escapes and runs under another officer’s legs.

Eventually, officers managed to trap the pig with the can.

“It took over 45 minutes of chasing the pig to finally catch him and get him under control,” police said, adding, “Oh yes, we are all aware of the plethora of jokes this incident brings to mind.”

Police said the pig was brought to Stamford Animal Control while they try and locate its owners.