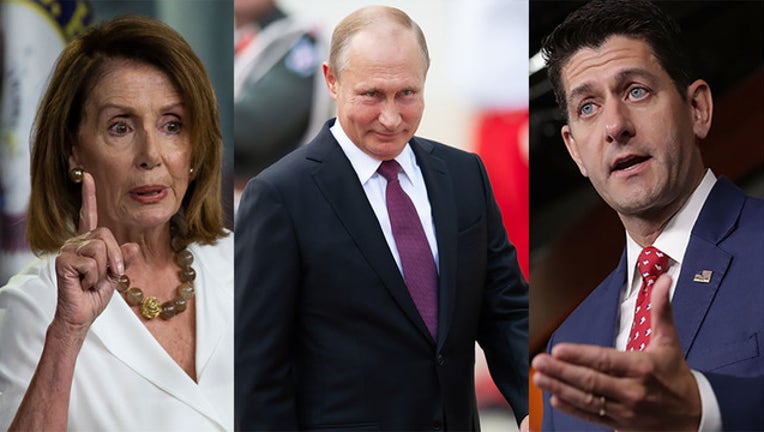 Pelosi labels Putin a tyrant and a thug and says Trump's "frightened fawning over Putin is an embarrassment and a grave threat to our democracy."

Heads of state at times address Congress when visiting the city. Pelosi says invitations to address a joint meeting of Congress should be bipartisan.

She says Putin's "ongoing attacks on our elections and Western democracies" deserve unanimous condemnation from the international community, "not a VIP ticket to our nation's capital."