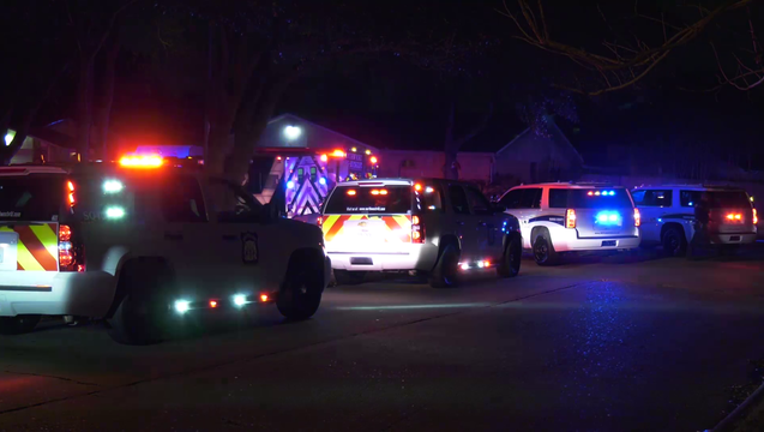 HOUSTON (FOX 26) - Harris County Precinct 1 deputies say one person was shot and killed in the 5600 block of Hardwood Forest Drive.

Deputies responded to a reported carjacking on Hardwood Forest Drive around 8:35 p.m. on Thursday. Deputies say one person was shot and is confirmed dead on the scene.

The suspects fled in the vehicle described as a white Nissan and were last seen leaving the scene toward West Gulf Bank, Pct. 1 says. Deputies have set up a perimeter to search the area and K-9s are assisting in the search.