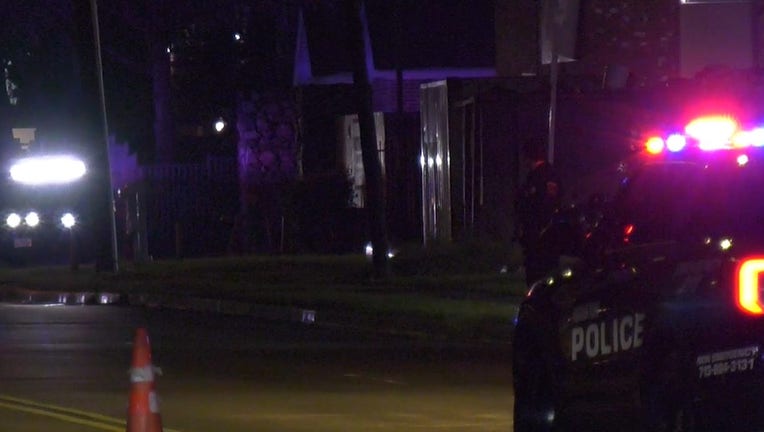 HOUSTON - Police are investigating after a shooting left one dead, and two others injured in north Houston.

Houston police responded to a shooting in progress at an apartment complex near 7418 Northline Drive around 8 p.m. on Saturday. Reports say when the call came in one person was shot and CPR was initiated.

According to Assistant Police Chief Patricia Cantu, there were three occupants in a truck, that pulled into the complex and appeared to be waiting. Three other men came outside towards the truck. They appeared to know each other.

Cantu says one man went behind the truck and appeared to ambush the driver, immediately shooting. One of the other men shot multiple rounds as well, hitting the truck, people inside, and other vehicles around the area.

Reports say once the men in the truck were shot, the truck sped off and hit two parked vehicles. Two of the men got out of the truck and ran for help toward the snowcone shop across the street.

According to Cantu, the man left in the truck was dead when police arrived and the two others were taken to the hospital with non-life-threatening injuries.

The men appeared to be in their late teens to early 20s.

No other information has been given at this time. We will continue to update this story as more information is released.