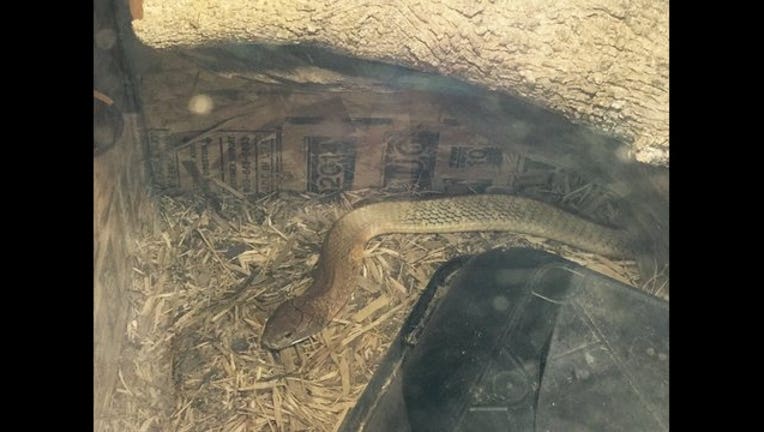 NEEDVILLE, Texas (FOX 26) - The king cobra reported missing and wandering in Needville has been found, according to a Twitter post from the Fort Bend County Sheriff's Office.

The Needville Independent School District had monitored the situation throughout the afternoon on Friday as FBCSO and Texas Parks and Wildlife Department game wardens searched for the king cobra that was later described as ten feet long.