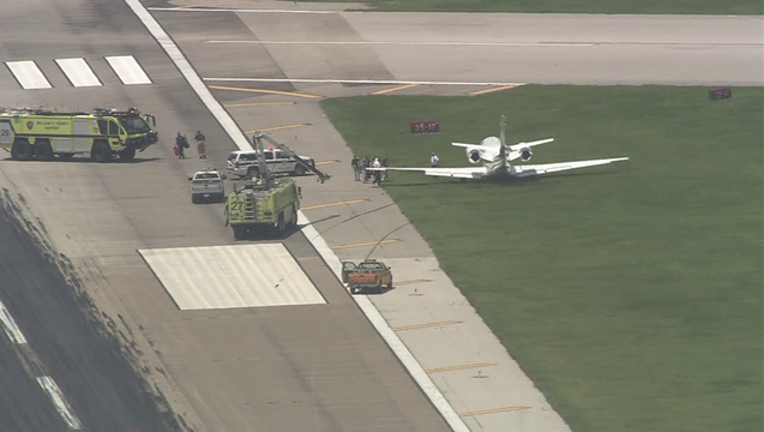 Officials say a citation aircraft lost its brakes and overshot the runway at Hobby Airport.

Seven people were on board at the time. A spokesperson says one person sustained minor injuries.

SkyFOX aerials showed the aircraft in the grass next to the runway and emergency vehicles on the scene.

Officials say there was no major structural damage to the aircraft.