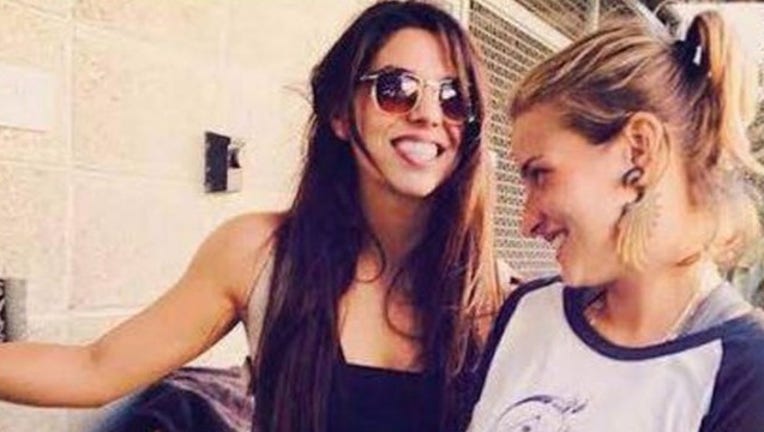 HONOLULU (AP) — The Honolulu Police Department opened an internal investigation Wednesday into allegations that an officer wrongfully arrested a vacationing lesbian couple after seeing them kissing in a grocery store.

Courtney Wilson and Taylor Guerrero, who were visiting Hawaii from Los Angeles in March, said in a federal lawsuit filed Tuesday that they were harassed and arrested because the officer didn't like their public displays of affection in a Foodland store on Oahu's North Shore.

They were walking through the aisles holding hands and at one point hugged and kissed, the lawsuit said: Officer Bobby Harrison, who was shopping in uniform, "observed their consensual romantic contact and, in a loud voice, ordered plaintiffs to stop and 'take it somewhere else.' "

The women complied and continued shopping, the lawsuit said. When Harrison again saw them being affectionate with each other, he threatened to have them thrown out of the store.

"We're used to people making remarks here and there," Wilson said of their two-year relationship.

While the women were in the check-out line, Harrison grabbed Wilson by the wrist, and she started to call 911, she said.

"He was bumping his belly against Courtney," Guerrero said. "He said, 'you girls don't know how to act. You don't know the difference between a motel and a grocery store.'"

When Guerrero tried to get in between her girlfriend and the officer, he shoved her. She kicked him as she was falling, she said.

"The whole situation got physical," Wilson said. "I got punched in the face by him."

Because Harrison didn't have any handcuffs on him, store employees helped restrain the women, as customers watched. "You can't really blame them for not getting involved," Wilson said of the bystanders.

Police earlier told The Associated Press that they couldn't comment on pending litigation, then later said they had opened the internal probe. Police department spokeswoman Michelle Yu said she would pass a message seeking comment from Harrison, a 26-year veteran, to his commander. He remains on full active duty. Foodland, which is not part of the lawsuit, apologized to the women, said their Honolulu attorney Eric Seitz. A Foodland spokeswoman didn't respond to requests for comment.

The women were arrested and charged with felony assault on an officer. They spent three days in jail and each paid a bail bondsman $1,300 for bail that was set at $12,000 each, they said. They had to remain in Honolulu as a condition of their release.

In the meantime, they had to stay with family friends or strangers they befriended. At one point thought they would have to go to a homeless shelter. They found jobs cleaning vacation rentals.

The incident happened on the second day of their vacation, which was their first trip to Hawaii.