HOUSTON - A Houston police officer was involved in a shooting while off-duty officials say.

HPD responded to an officer-involved shooting around 1:48 p.m. in the 3200 block of S. Main Street in Stafford. Officials say the off-duty officer was working extra detail on the FedEx truck with a FedEx driver. The driver was outside the truck when at least two suspects approached him in what the officer believed was an attempted robbery. 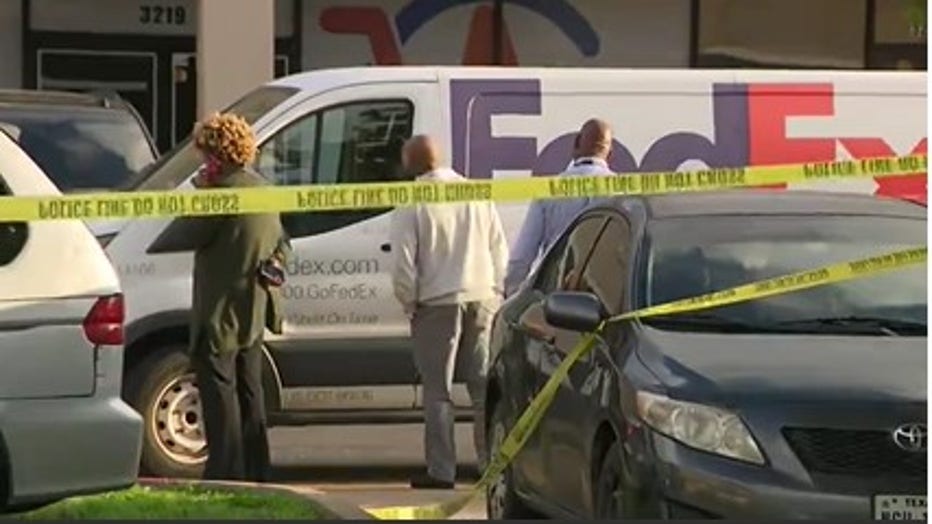 The officer was said to fire through the glass of the FedEx truck. No one was reported to be hurt.

FedEx reportedly hired the off-duty officer to ride with the driver as a safety precaution as the company is assumed to have seen an increase in packages being stolen from drivers.

Officials say no suspects are in custody and the Stafford Police Department is investigating. The suspects were said to be wearing ski masks.

The information is currently preliminary and could change.