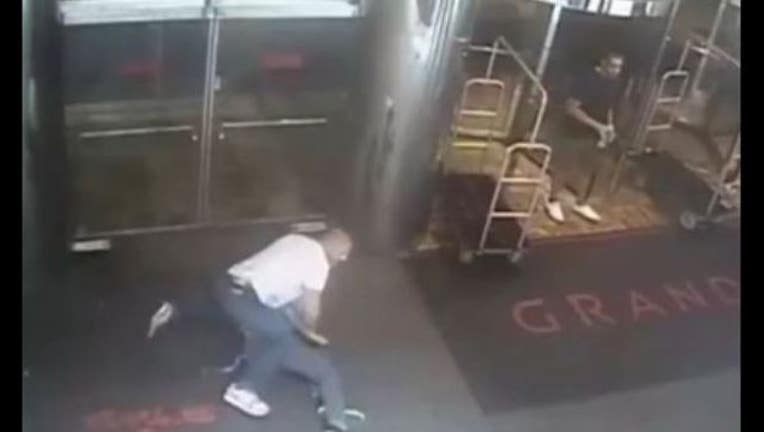 NYPD has released the surveillance video of the arrest of ex-tennis pro James Blake.

The Associated Press reported the following:

(AP) The New York City police commissioner and mayor offered apologies to tennis star James Blake Thursday as officials scrambled to deal with fallout from his mistaken arrest outside a Manhattan hotel.

The officer who forcefully arrested Blake was also put on desk duty as the episode became a headache for the department at a time when the city is hosting the U.S. Open, one of tennis' premier events and where Blake has been a fan favorite.