An unlikely friendship during this quarantine is putting smiles on a lot of people's faces. Dallas resident Cheryl Allison shares the story of how she met Honk the goose at the park.

DALLAS - An unlikely friendship has blossomed during this isolation between a North Texas woman and a goose.

The two met at a local park, and they continue to meet up there several times per week.

Allison says she talked to someone from parks and rec who says Honk is a domestic goose and must think that she is one of the humans who raised him. She's a filmmaker and says she's using this story to serve as a bigger message. 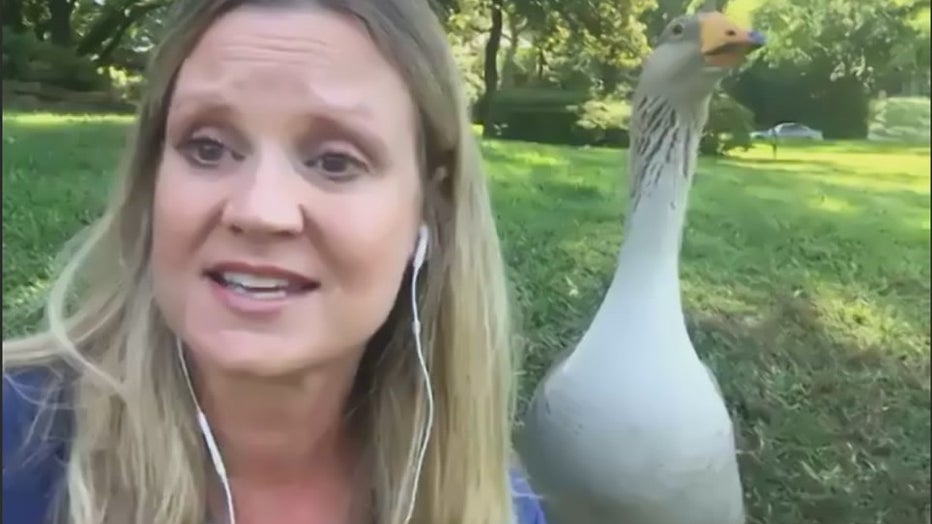 “I am filming a documentary about this unusual friendship during social distancing and also hoping to raise some awareness about the negative side of dumping them into ponds and parks,” Allison said.

Honk has been gaining popularity on social media. He has his own Instagram page and Facebook Lives from the park when Allison goes to visit.