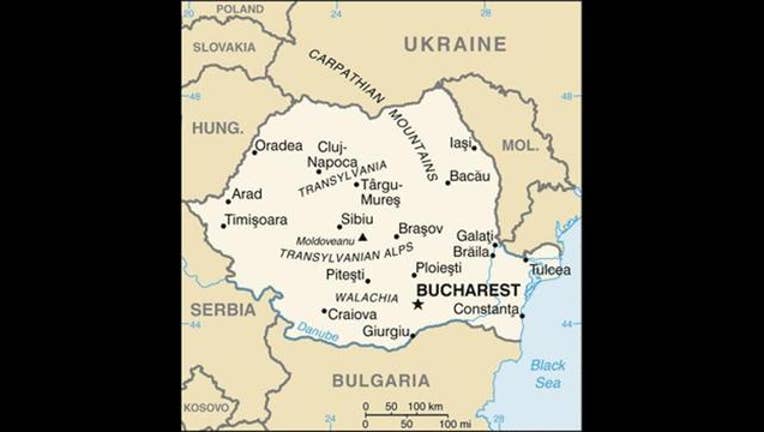 BUCHAREST, Romania (AP) — The latest on the fire in a Romanian nightclub that killed more than 30 people, and the political crisis it has set off. All times local.

Romania's prime minister has proposed a caretaker prime minister after he announced his resignation following mass protests that erupted in the wake of a deadly nightclub fire.

Ponta, who resigned together with his government Wednesday morning, told reporters: "We have turbulence, uncertainty, and unrest... we risk ruining everything we built."

Iohannis has to name a permanent replacement, whose government then has to be approved by parliament. If that fails twice, early elections will be held.

Romania's interior minister says he and the prime minister jointly decided to resign as the nation's capital was hit by mass protests sparked by a fire in a nightclub where more than 30 died.

Gabriel Oprea said he met Victor Ponta for two hours Tuesday evening while 20,000 protested on the streets of the Romanian capital, and they both decided to quit the government.

Oprea, who had been facing calls to resign after a policeman escorting his motorcade died in an accident on Oct. 20, said he would not take part in a future government.

"We decided to listen to the voice of the street and to resign," he said, adding that only he and Ponta took part in the tete-a-tete.

The main opposition party has called for early elections after Prime Minister Victor Ponta and his government resigned in the wake of mass protests following a deadly nightclub fire that killed more than 30.

Alina Gorghiu, the co-leader of the Liberal Party, said Wednesday her party wants elections "to resolve the crisis we find ourselves in." However, she said that she wanted a broad political agreement with other parties for the party's proposal.

We want "a new Parliament legitimized by a popular vote," said Gorghiu. "We need a new start." She said the party would discuss with leaders from other political parties.

The mayor of the district in the Romanian capital where a nightclub fire that killed more than 30 is located has resigned, saying he is morally guilty for the deadliest fire in Romania's history.

Cristian Popescu Piedone told reporters Wednesday he would resign, adding "I assume the moral blame. As for the legal (blame) I will leave it to justice to pronounce."

Piedone came under pressure to step down following mass protests through the city Tuesday night, with demonstrators blaming widespread corruption for the deadly blaze on Friday night.

His resignation came about two hours after Prime Minister Victor Ponta said he and his government would resign following the protests Tuesday night. Piedone is a member of the National Union for the Progress of Romania, which is in the governing coalition.

Romanian Prime Minister Victor Ponta has announced the resignation of his government, following huge protests in the wake of a nightclub fire that killed more than 30 people.

"I'm handing in my mandate, I'm resigning, and implicitly my government too," Ponta said in a statement Wednesday. He said he would stay on until a new government is in place.

"I am obliged to take note of the legitimate grievances which exist in society," said Ponta. "I hope handing in my and my government's mandate will satisfy the demands of protesters."

Some 20,000 people took to the streets of Bucharest Tuesday evening in a spontaneous protest calling for the resignation of Ponta, Interior Minister Gabriel Oprea and a district mayor where the Colectiv nightclub was located.