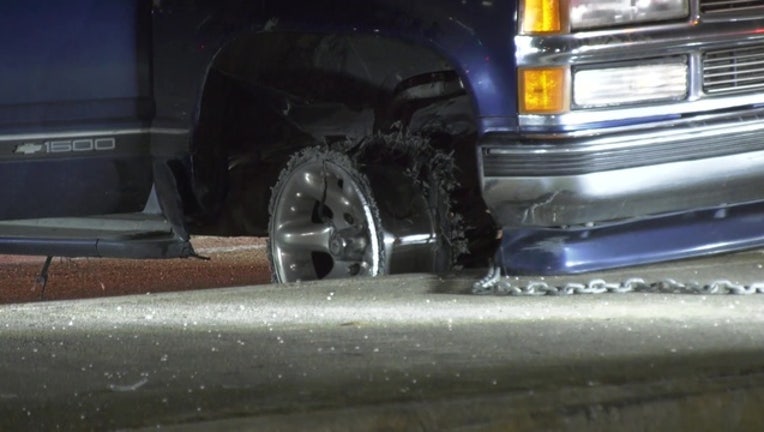 HOUSTON (FOX 26) - What started out as a police chase out of Jacinto City ended in north Houston after police used a pit maneuver that officers were recently trained to execute.

Jacinto City police first began to pursue a driver and Harris County Sheriff's Office deputies later joined in the effort before it crossed into the Houston Police Department jurisdiction.

The chase reached high speeds along Interstates 10 and 45, the Hardy Toll Road and Beltway 8.

An HPD unit successfully spiked the vehicle at the Hardy Toll plaza near Beltway 8, which caused front right tire to shred.

HPD authorized the use of the pit maneuver on Greens Road just west of Northborough Drive. Officers took the suspect into custody.