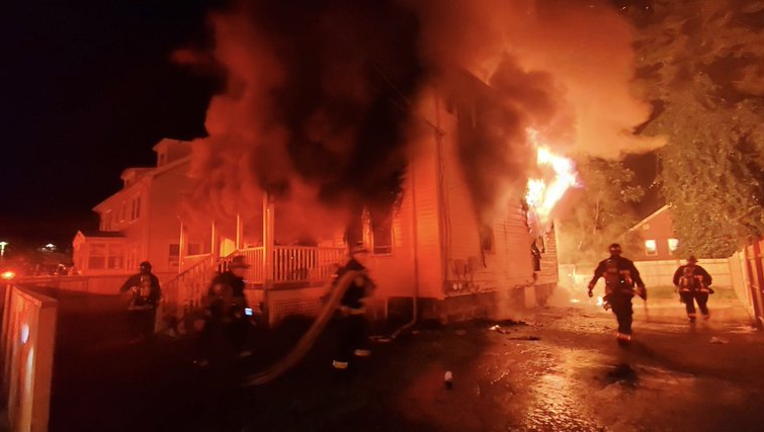 BOSTON - A neighbor is being credited as a hero for catching a 5-year-old child that was dropped out of a window by the mother to escape a burning building.

The Boston Fire Department said the 3-alarm "heavy" fire broke out over the weekend on Delford Street.

Firefighters said a mother and her two children were trapped on the second floor.

RELATED: Teen uses trampoline to rescue neighbors trapped in fire: ‘My mind was in panic’

Authorities said the "heroic" neighbor put down a mattress for the family to jump on as he caught the 5-year-old child.

Local outlets identify that neighbor as Clifford Saint Jean. He told reporters that he woke up to the sound of the fire around midnight. He quickly put the mattress down and called for the mother to drop her kid, according to NBC 10 Boston.

The Red Cross of Massachusetts is assisting the victims.

The cause of the fire remains under investigation.