NASHVILLE, Tenn. - A man who shot and killed four people at a Nashville Waffle House in 2018 received a sentence of life imprisonment without the possibility of parole on Saturday.

Jurors handed down the penalty for 33-year-old Travis Reinking after hearing about two hours of testimony from family members of the four people killed. They sobbed and trembled as they talked about their loved ones and how losing them continues to fracture their lives more than three years later. Jurors had the option of giving Reinking the chance for parole after serving 51 years in prison.

Naked save for a green jacket, Reinking opened fire inside the restaurant just after 3:20 a.m. on April 22, 2018, killing Taurean Sanderlin, 29; Joey Perez, 20; Akilah Dasilva, 23; and DeEbony Groves, 21. He fled after restaurant patron James Shaw Jr. wrestled his assault-style rifle away from him, triggering a manhunt.

"I’ve always been somebody that they say is unbreakable, because no matter what our family has been through, I will always be the one to bring our family up," Patricia Perez said through tears about losing her son Joey. "This has broken me."

Jurors on Friday rejected Reinking’s insanity defense as they found him guilty on 16 charges, including four counts of first-degree murder. The trial opened Monday after jury selection the previous week. Prosecutors in 2020 indicated they would not seek the death penalty and would seek life without parole. 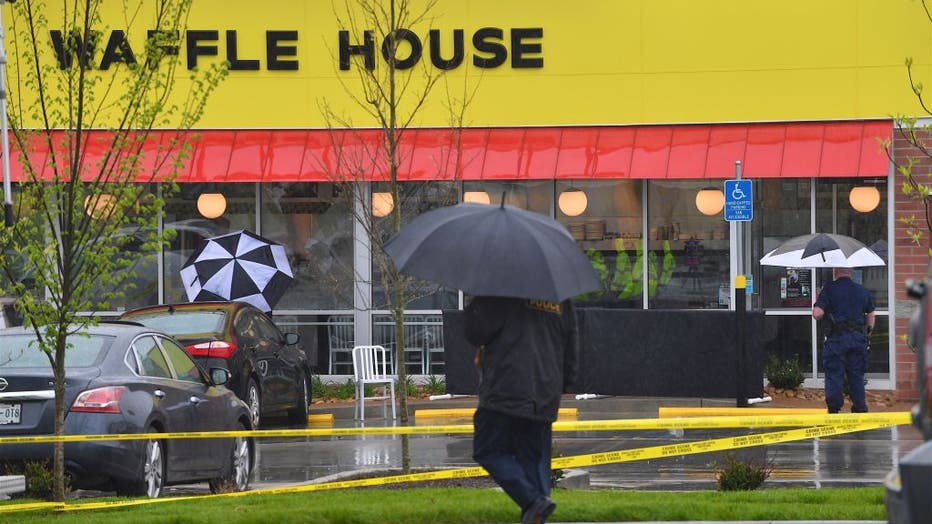 Law enforcement stand outside a Waffle House where four people were killed and two were wounded after a gunman opened fire with an assault weapon on April 22, 2018 in Nashville, Tennessee. Travis Reinking, 29, of Morton, IL, is person of interest in

Reinking’s defense team, which didn’t put on any sentencing witnesses Saturday, argued for the possibility of parole, saying he was mentally untethered. Prosecutors argued the evidence shows Reinking planned out the attack and wanted to kill everyone at the restaurant.

Prosecutors also directed jurors’ attention back to heart-wrenching testimony from family members. Shaundelle Brooks said her son Akilah Dasilva was a gifted artist, a brilliant student and a talented musician who built his own computer to work on his music, which he used to urge people to turn away from gun violence.

"He loved his family, but most of all Akilah wanted to live," Brooks said, crying. "He wanted to create positive change in this world. He showed compassion, not anger. He spread love, not hate."

Evidence at trial showed Reinking had schizophrenia and had suffered delusions for years, believing unknown people were tormenting him. He contacted law enforcement several times to report that he was being threatened, stalked and harassed. In July 2017, he was detained by the Secret Service after he ventured unarmed into a restricted area on the White House grounds and demanded to meet with then-President Donald Trump.

State police in Illinois, where he lived at the time, revoked Reinking’s state firearms owner identification. But that only meant he had to turn over his guns to someone else with valid identification. Reinking surrendered the guns to his father, who later returned them to his son.

Since law enforcement declined to take his delusions seriously, Reinking began to feel that they and other random people were part of a conspiracy against him, psychologists testified. Shortly before the attack, he believed someone had drugged him, broken into his apartment and raped him. Reinking told psychologists that while praying about what to do, he received a command from God to go to the Waffle House and shoot three people. 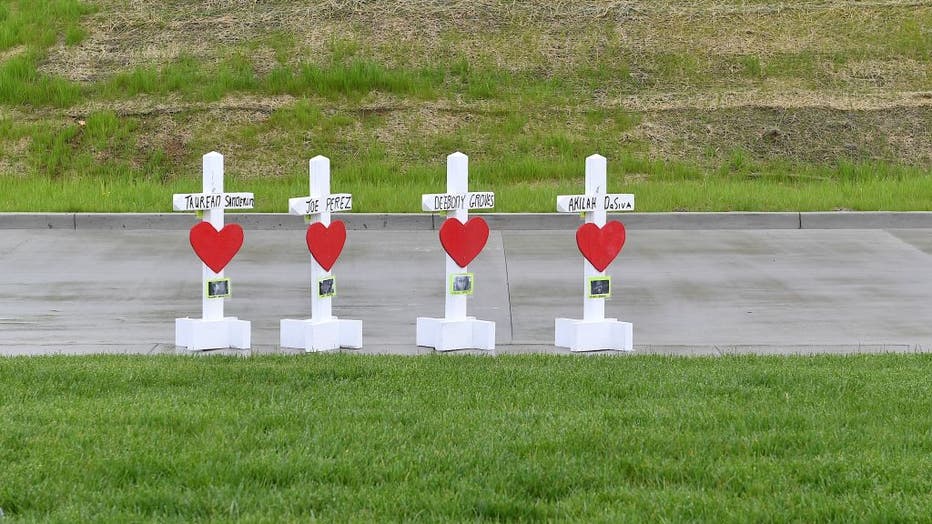 Community members create makeshift memorials for and stop by to pay respects to the victims of the Waffle House shooting where 4 were killed and two were wounded after a gunman entered on April 22, 2018 in Nashville, Tennessee. (Photo by Jason Davis/

To prove Reinking was not guilty by reason of insanity, defense attorneys had to show not only that he suffered from severe mental illness that left him unable to understand the wrongfulness of his actions.

Prosecutors presented evidence that Reinking was calm and cooperative after his arrest, able to understand and respond to commands. Although Reinking was naked when he walked from the crime scene, when he was captured nearly two days later, he was dressed and carrying a backpack loaded with water bottles, sunscreen, a pistol, ammunition, Bible and several silver bars. And they mentioned he had asked to talk to an attorney after his arrest.

Prosecutors suggested Reinking was acting out of revenge. He noted that days before the shooting, Reinking stole a BMW from a dealership. Reinking wrote in a journal about plans to drive to Colorado, describing a life in which he would hang out with friends, smoke marijuana, hike in the mountains and "repossess" cars and houses so that he would not have to work, a prosecutor said.

After police took the BMW back the next day, he wrote, "This time I would have to punish them by taking something they couldn’t take back, some of their own lives," the prosecutor said.

Prosecutors also emphasized Reinking’s own account of the shooting: He said that after killing Perez, "I felt like I was going to throw up because this was something God told me to do but it felt evil."

The jury also convicted Reinking on four counts of attempted first-degree murder and four counts of unlawful employment of a firearm during commission of or attempt to commit a dangerous felony. In addition to the four people he killed, he seriously wounded Sharita Henderson and Shantia Waggoner. Kayla Shaw and James Shaw Jr., who are not related, suffered lesser injuries.