It was one small step for the plant kingdom but a giant leap for NASA after it grew radishes for the first time onboard the International Space Station last month. 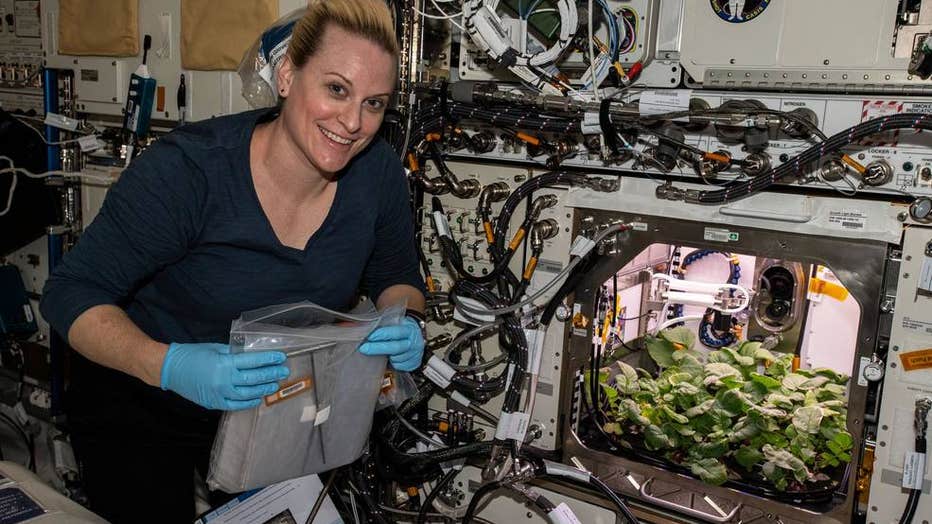 On Nov. 27, 2020, NASA astronaut and Expedition 64 Flight Engineer Kate Rubins checks out radish plants growing for the Plant Habitat-02 experiment that seeks to optimize plant growth in the unique environment of space and evaluate nutrition and tast (NASA)

The agency reported that astronaut Kate Rubins conducted the experiment, called Plant Habitat-02. “She meticulously collected and wrapped in foil each of the 20 radish plants, placing them in cold storage for the return trip to Earth in 2021,” officials said in a news release.

The agency said it picked radishes because they reach maturity in 27 days, and scientists have well understood them.

“Radishes are a different kind of crop compared to leafy greens that astronauts previously grew on the space station, or dwarf wheat,” Program Manager Nicole Dufour said. “Growing a range of crops helps us determine which plants thrive in microgravity and offer the best variety and nutritional balance for astronauts on long-duration missions.”

Officials said the experiment will allow NASA to understand the care and needs to produce quality plants in outer space. It could also help astronauts grow their own food on long-term missions if they are sent to the moon, Mars or beyond.