Murder suspect takes his own life during standoff in Cypress

A suspect wanted for murder took his own life following a standoff in one Cypress neighborhood. FOX 26's Randy Wallace spoke with neighbors.

CYPRESS, Texas - Deputies in Cypress have entered the home where a murder suspect was barricaded and found him dead from an apparent self-inflicted wound.

Christopher Julian, 27, was suspected of shooting and killing his friend, 27-year-old Samuel Schmitt, in the 33000 block of Kinley Ann Court in Magnolia around 11:15 p.m. Wednesday.

EDITOR'S NOTE: This video was recorded before latest updates.

A SWAT standoff then ensued at that home in the 15200 block of Vincennes Oak. Several law enforcement agencies arrived to assist. Julian remained in the home for several hours and tried to start fires.

Authorities issued a shelter in place and eventually, residents were evacuated from the neighborhood. 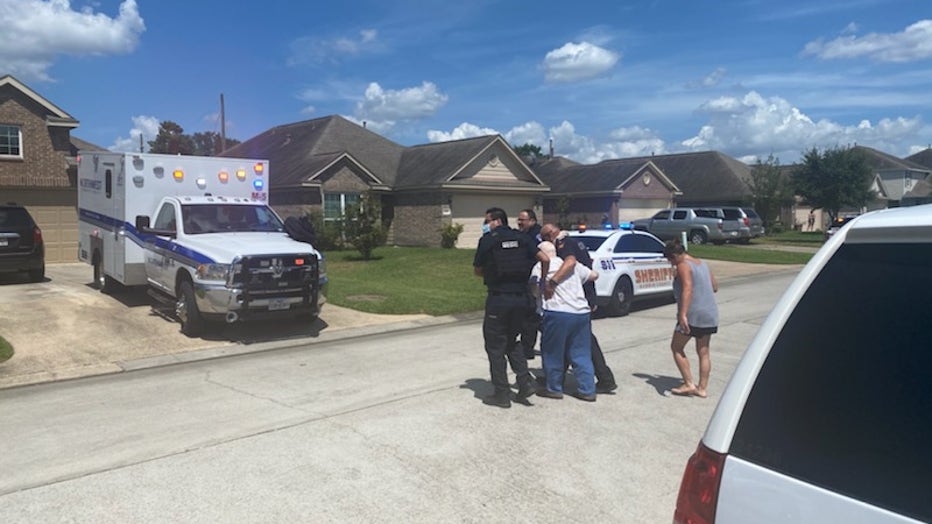 Residents in Cypress neighborhood evacuated due to gunshots.

After several intense hours with the Crisis Negotiation Team trying to end the standoff peacefully, SWAT made entry into the home. That's when they found Julian dead from a self-inflicted wound.

Harris County Sheriff's Office is leading the investigation into the shooting and the standoff.

There have been no reports of any other injuries.