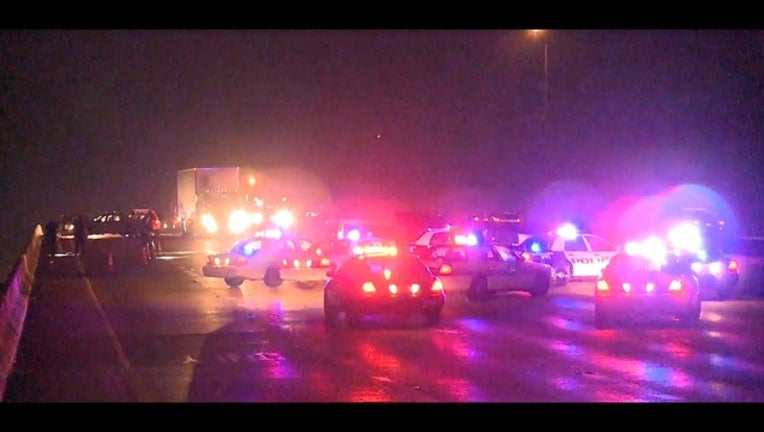 Driver struck and killed on the Gulf Freeway

Houston - A driver is struck and killed after stopping his vehicle in a moving lane of traffic.

According to police, around 2:30 a.m. Saturday, the driver of a red Dodge Avenger stopped in a moving lane of traffic after striking a concrete barrier in the 4800 block of the Gulf Freeway in southeast Houston.

Police say the driver was inspecting damage to the vehicle when he was struck by a black GMC pick-up truck.

The driver of the GMC pick-up truck was detained after investigators determined that he was impaired.

It's unclear what charges this driver faces. The accident is under investigation.

The victim  has not been identified yet.