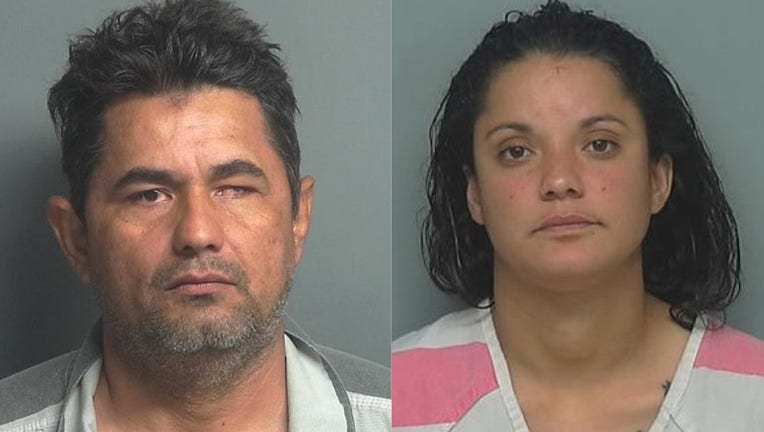 CLEVELAND, Texas - Two people are accused of stealing approximately $4,500 worth of diesel fuel in Montgomery County, the sheriff's office says.

MORE: High gas prices: Can you mix premium and regular gas to save on fuel costs?

Deputies responded to a gas station in the 18300 block of Hwy 105 E in Cleveland on April 24 for a report of a fuel theft.

According to the sheriff’s office, the deputy was reviewing security footage from thefts on April 22 and April 23 when the deputy saw a vehicle matching the one in the video pull into the gas station.

The sheriff’s office says the vehicle's occupants, Martinez-Perez and Reyes, were both captured on security cameras stealing fuel from the same pumps the two previous nights.

The sheriff's office says they are still investigating if the suspects may be tied to other thefts in the area.