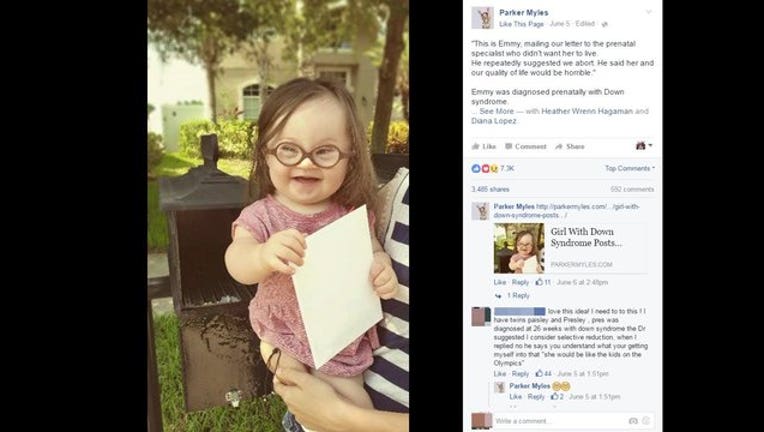 A photo of Emmy holding the letter was shared to Facebook and has been shared more than 3,000 times. (Facebook / Parker Myles)

(FOX NEWS) - The mother of a special needs child wrote a powerful letter to the doctor who suggested she get an abortion after a prenatal diagnosis of Down syndrome.

Courtney Baker told news outlets that she wrote the letter because she felt the doctor pressured her to abort the pregnancy, even after she refused.

"Every action, from opening and closing the mailbox to raising the red flag, was closure for me,” Baker said. “I have no idea how the doctor might have reacted to my letter, but I do have faith that God can work any miracle and he can change any heart."

In the letter, Baker explains how her daughter Emersyn Faith has been an amazing blessing for their family.