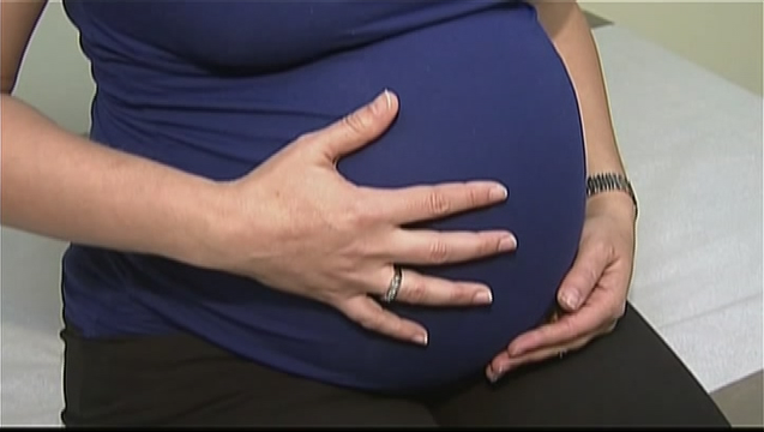 JACKSON, Miss. (AP) - Mississippi Gov. Phil Bryant is indicating he will sign a bill that would set the earliest abortion ban in the United States.

Senators voted 35-14 Tuesday to pass House Bill 1510. If the House agrees with changes made by the Senate, the bill would go to the Republican governor.

"As I have repeatedly said, I want Mississippi to be the safest place in America for an unborn child," Bryant said Tuesday on Twitter. "House Bill 1510 will help us achieve that goal."

Abortion opponents nationwide are exploring whether the U.S. Supreme Court will approve laws that limit abortion before a fetus is viable outside the womb.

Mississippi's bill would prohibit abortions 15 weeks after the pregnant woman's last menstrual period. Diane Derzis, who owns the only abortion clinic in Mississippi, said in January that she believes the bill is "clearly unconstitutional."

Sen. Angela Turner-Ford, a Democrat from West Point, told The Associated Press after the vote that she questions how the bill could be enforced. Gestational age is determined based on a pregnant women's account of when her last period took place, rather than concrete medical tests.

Turner-Ford said this is why she believes viability is a better determination. Gestational age, she said, is "subjective."

"To me, it's a medical issue not to be interfered with by the Legislature," Dawkins said.

But several Senate Republicans said it's an issue of protecting life.

The only exceptions to the 15-week cutoff in the bill are a woman's medical emergency related to the pregnancy or a medical abnormality that makes the fetus "incompatible with life." There are no exceptions for pregnancies caused by rape or incest.

Senators amended the bill to take out possible felony charges for physicians who perform abortions later than 15 weeks. Those who do abortions after that limit would have their professional medical licenses suspended or revoked.

The bill also requires that physicians provide the Mississippi Department of Health with a record of the abortion, including the date and method of the procedure and estimated gestational age of the fetus, within 15 days of the procedure. Physicians who knowingly provide false reports would be subject to civil penalties or a fee up to $500.

Sen. Joey Fillingane, a Republican from Sumrall, said senators removed the language about possible prison time for physicians because, "I just don't want to criminalize any behavior."

"We know what happens when abortion is illegal or inaccessible: women are forced to travel out of state to get essential care, women who can't afford to take time off of work or travel outside the state are left with nowhere to turn, and we know that when abortion is banned, the number of abortions doesn't go down, the number of deaths and injuries to women go up," said the group's communications director, Kaylie Hanson Long.